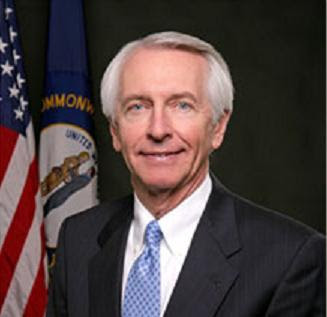 In a 2-1 ruling last Tuesday, the Kentucky Court of Appeals said the state does not have the jurisdiction to seize online casinos' Internet domain names in an effort to keep them from operating in the state. The ruling also said a Franklin Circuit Court judge cannot hold further hearings on the issue.

141 domains had been shortlisted for seizure, including two bingo sites, the hugely popular poker room, Poker Stars, and some major sports betting sites were also slated to be targeted under the move.

"The Court of Appeals has agreed with the PPA's position that Judge Wingate did not have jurisdiction to issue the order that he entered against these domains and that Secretary Brown had no legitimate right to deprive the citizens of Kentucky of the legal right to play poker online."

However, Kentucky's Secretary of Justice and Public Safety, J. Michael Brown, said that the state would continue to fight the ruling.

As previously reported here and here, this isn't a political blog nor do political matters interest me in the least. I don't really like online gambling, because I think it's strictly for fools. (But then again, I think the same thing about American Idol, and it's still a free country.)

What qualifies this whole issue for Unusual Kentucky is not to take a position in support of online gambling, nor to incite partisan arguments from Democrats, Republicans, or Independents. It's to observe Beshear and Wingate's utter cluelessness about how the internet works, which they are continuing to take to embarrassing extremes. The hypocrisy is further compounded by Beshear's own efforts to bring brick-and-mortar casinos to Kentucky.

It's making Kentucky look naive, stupid, and greedy in the eyes of the rest of the world, and speaking as one of the staunchest defenders of the integrity and value of our fair state, I for one take great offense to it.
Posted by JSH at 4:00 PM