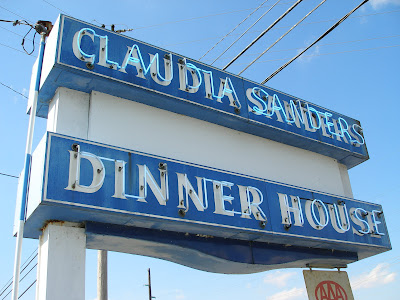 So what do you do when you're Colonel Sanders, you've just sold out your restaurant empire, your name and even your likeness to a corporation, and you don't want to just rest on your laurels?

You start a new restaurant under your wife's name, of course! 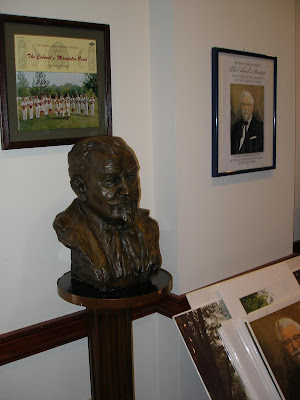 Most people - even Kentuckians don't realize that Claudia Sanders' Dinner House in Shelbyville, KY has been going strong since the 1960s, offering the one true real actual original Sanders Corbin-era secret formula for his chicken (apparently he had already drifted somewhat from his own original formula by the time he'd sold out, and his restaurant empire had expanded to over six hundred locations).

The gift shop/waiting lounge is a shrine to the goateed one, offering rare limited posters of a Colonel Sanders painting that new owners Tommy and Cherry Settle discovered in the basement when they took over the property. Other oddities such as the infamous "Colonel Sanders Mandolin Band" LP are matted and framed on the wall, although I didn't see his Tijuana Picnic album.

I'm no KFC-basher by any means - let it be said I love the KFC of today (sorry, PETA) and support Yum! Brands one hundred and ten percent in their efforts to keep their family of brands vital in an increasingly scattered global marketplace. But the food at Claudia's just can't be beat, and the atmosphere lends a true Southern grandeur and splendor to the meal. 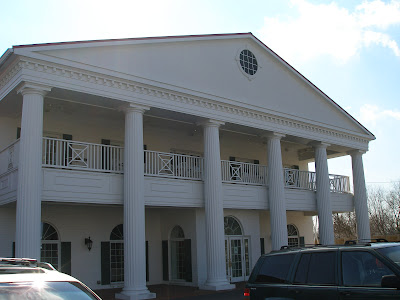 If you never had a reason to drive to Shelbyville before (and there are plenty of other reasons), now you do. Get thee to Claudia's and taste some history. And check out page 136 in your copy of Weird Kentucky.
Posted by JSH at 1:58 PM