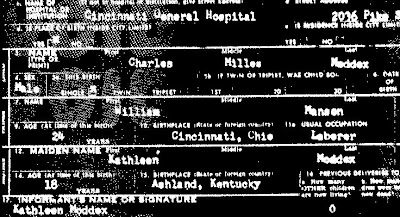 Charles Manson's name is often invoked as one of the most horrendous serial killers of all time, right up there with Bundy, Gein, Kemper, Starkweather, Nixon, etc. Problem is, as far as is known, Manson didn't actually kill anybody.

It's been stated that Charlie ordered his acid-addled flunkies to do it, a claim Manson denies. Had Manson presented a cogent defense for himself, he theoretically should have been acquitted. But carving an X on his forehead, declaring himself to be both Christ and Satan incarnate, and yelling in court that the judge's head should be cut off didn't exactly endear him to the jury. 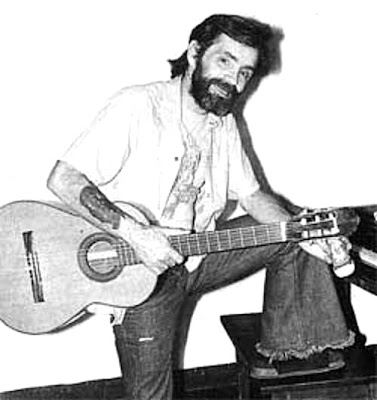 Not many people realize that Charlie was a Kentuckian. Although many biographies list him as being from Cincinnati, Ohio, he was in fact raised by his mother in Ashland, Kentucky and simply happened to have been born in a hospital in nearby Cincinnati.

Trivia: James Willett, another victim of Manson's friends, was also a Kentuckian. In November 1972, three Manson associates - Nancy Pitman, Priscilla Cooper and Lynette "Squeaky" Fromme, were charged with Willett's murder. His headless body, buried in a shallow grave, was not found for several months. His wife Lauren was found dead soon after Willett's body was discovered.
Posted by JSH at 12:12 PM

Charles Manson also lived in the tiny town of Grahn, in Carter County near Olive Hill. Apparently he was only there when he was a small child, but the people remember him. Thank goodness for us he moved away!