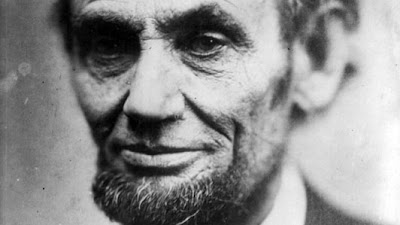 I've often read accusations of President Lincoln - our nation's only Kentuckian President - having been an occultist, a pagan, or even an atheist. These sort of things usually come from those sort of people (and I think you know who I mean) who have an agenda in wanting to smear Mr. Lincoln's name.

But far from dashing my respect for him, I actually have greater fascination than ever for ol' Abe after doing some research on his involvement with the Spiritualism religion. Strange as it may seem, The President of the United States and the First Lady actually held seances right in the White House.

To many, Spiritualism may seem not all that different from Theosophy. The main difference, aside from Theosophists having a greater flair for ritual and grand-poobah hats and medals, is that "mediums" like Annie Besant and Helena Blavatsky believed that they were contacting some sort of higher life forms to receive divine wisdom and cosmic knowledge. Spiritualists, on the other hand, just wanted to call up Uncle Davenport on the horn and ask him how's the food in Heaven. Wikipedia says: "Spiritualists at that time viewed Theosophy as unscientific and both occultist and cult-like. Theosophists viewed Spiritualism as unsophisticated and uncosmopolitan."

But let's face it - what could be more occult than conjuring up the souls of the dead and communicating with them? And some Spiritualists, like Vermont's Achsa W. Sprague, claimed that they used the powers of the spirits to cure their medical ills. This would actually make Sprague and her ilk the first sort-of "faith healers", even before Mary Baker Eddy or William Branham. 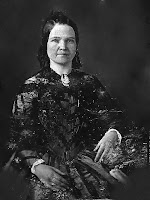 In defense of Lincoln, the White House seances were largely organized by his wife Mary Todd (who was also a Kentuckian, born in Lexington). Lincoln very well could have just gone along with it all to appease her.

Even if he was genuinely a believer in it, he may have still taken it only as seriously as people today who go to Psychic Channellers, which is to say, hopefully not much aside from entertainment's sake.

Then, too, the Lincolns' interest in mediums and spiritualists was to try to contact their dead son, who they still grieved for heavily. (And after the President's murder, Mary Todd went even deeper into Spiritualism - and madness.) 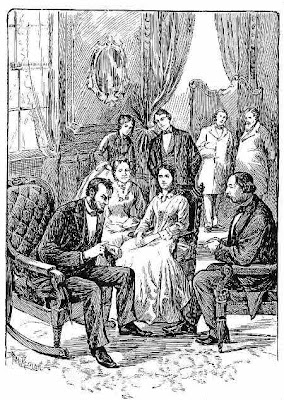 On the other hand, Lincoln himself admitted that he "always had a strong tendency to mysticism", and Lincoln's friend and law partner, William Herndon said that Lincoln actually wrote a treatise in defense of Thomas Paine's anti-Christian and anti-religious booklet The Age of Reason in 1835, and that their friend Samuel Hill destroyed it to save Lincoln's political career from the controversy it would have surely caused.

Colonel Simon F. Kase, a powerful railroad lobbyist and Washington insider, wrote a book after Abe's death called The Emancipation Proclamation, How, and By Whom It was Given to President Lincoln in 1861 In it, Kase relates how he and a local Judge decided to attend a seance at a home in Georgetown, out of curiosity. There, they were astounded to see President Lincoln and the First Lady in attendance as well.

Kase reported that a young teenage female medium approached the President, eyes closed in a trance, and lectured him (through a spirit voice speaking through her) on how he must put an end to slavery and how the nation would forever be locked in Civil War until he did so. Lincoln, who entered the Civil War with no intention of abolishing slavery, soon changed his philosophy and took the young psychic's advice. 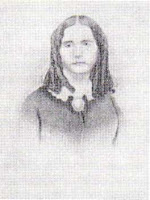 That girl was Nettie Colburn, who went on to write about her experience in a book called Was Abraham Lincoln a Spiritualist?. She tells of how a piano was made by one of the spirit mediums to rise by itself, lifted by the hands of unseen ghosts. Seemingly skeptical, Lincoln joked "I think we can hold down that instrument". He and three others including Col. Kase all sat on the piano, and yet it continued to rise up and down by itself, carrying the President of the United States off the ground with it. Colburn says, "We were convinced that there were no mechanical contrivances to produce the strange result, and Mr. Lincoln expressed himself perfectly satisfied that the motion was caused by some "invisible power." 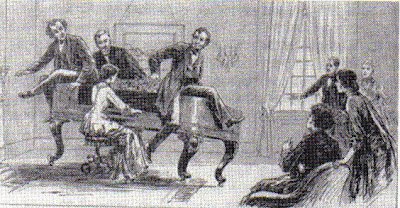 Sir Arthur Conan Doyle, creator of Sherlock Holmes, was himself a Spiritualist, and he said that Lincoln's seance with Nettie was "was one of the most important events in the history of the United States. This spirit message strengthened the President in taking a difficult step to which he was not yet firmly committed."
Posted by JSH at 8:51 PM

This is one more reason why the Civil War was *not* initially about slavery as many erroneously assume. Slavery was added as an issue later, after the war started, as even "Lincoln... entered the Civil War with no intention of abolishing slavery."

what happened to the comments? I liked what you said about science and spirituality.

I changed my mind and decided to stick to my principles that I will not engage in arguments with anonymous complainers.