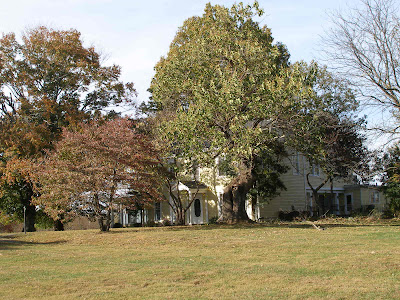 The Kentucky Foundation for Women operates a fantastic retreat for women called Hopscotch House, located in a remote rural area East of Louisville. And when I say remote, I mean remote. Getting there like is something of a challenge, like following the route to Snuffy Smith's cabin - going through a winding maze of roads that lead to a narrow path filled with potholes, rocks, and cow-catchers. And in the wintertime when the steep roads are covered in ice, it's nearly impossible. (I know all this because I have given rides out there to a friend who makes use of their facilities, and helped her haul all her stuff inside.)

The Hopscotch House is strictly for women, and even more specifically, if their own self description is to believed, it's really mostly about feminist women:

Hopscotch House retreats and residencies provide time and space for Kentucky women artists to create in an environment that inspires, nurtures, and rejuvenates. Stays there encourage self-exploration and personal growth through the land and house resources and the company of other women... Hopscotch House is also a place to engage with a community of feminist social change artists and activists who convene in a nurturing environment. Many people find the sharing of common interests and goals in their work to be a great source of support and inspiration."

But fear not, those of you out there in reader-land who are either cursed with, as Robert Louis Stevenson said, "the misfortune to be a man", or are among my female compatriots whose idea of feminism has more in common with Dita Von Teese and Poison Ivy Rorschach than, say, Susan Brownmiller or Trish Wilson. I'm here to take one for the team, and go behind the scenes with a pictorial tour to show you what few male eyes have ever seen. 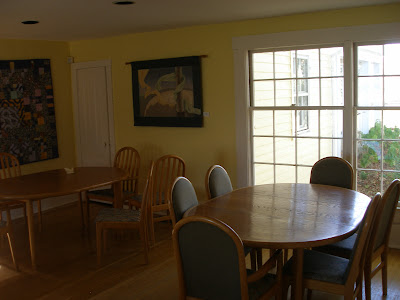 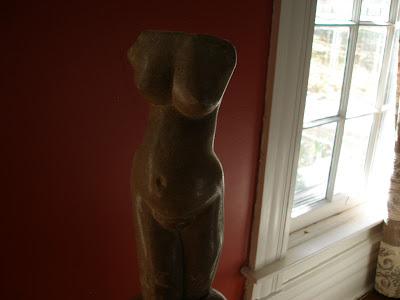 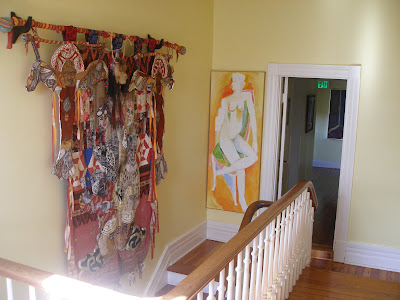 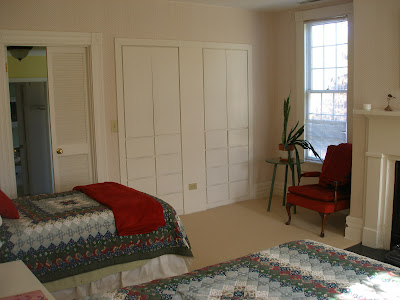 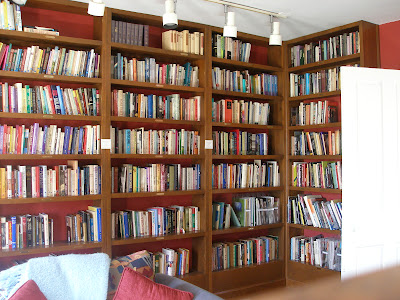 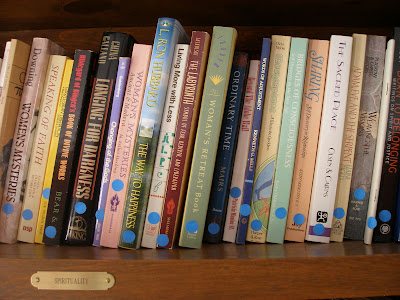 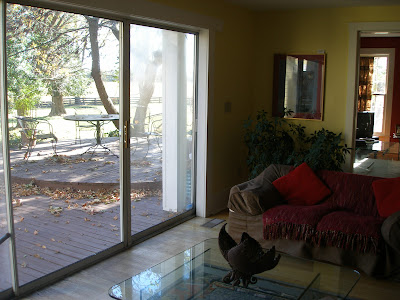 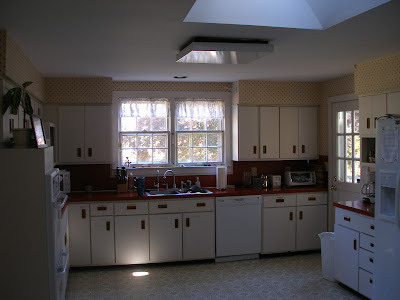 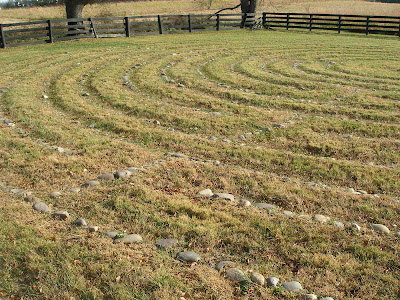 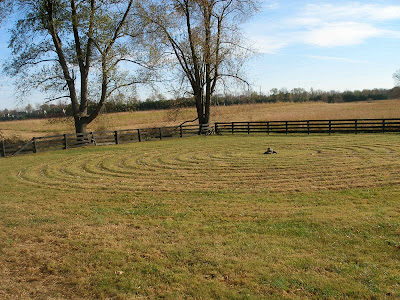 I'm a guy and I've been there. One of my coworkers used to work for the Kentucky Foundation for Women, so my company struck a deal to rent the house a couple years ago for our yearly retreat. It was Autumn and the property was absolutely gorgeous and serene. Sitting outside with a coffee in the early morning was awesome. I struck out and explored a bit on breaks and, if there had been an ax handy, would have chopped some firewood on the stump by the back patio. That's my idea of peace. :)