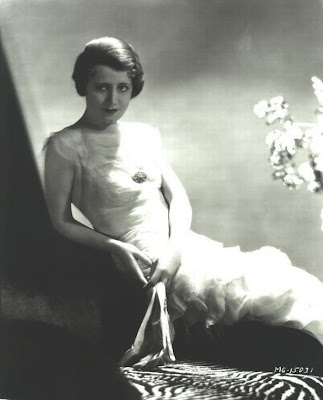 Five-time Academy Award-nominated actor Irene Dunne is another Kentuckian who did good in the big city of Hollywood.

She was born in Louisville, the daughter of a riverboat inspector and a concert pianist from Newport. Dunne has been described as the best actress to never win an Academy Award, receiving five "Best Actress" nominations during her career: for Cimarron (1931), Theodora Goes Wild (1936), The Awful Truth (1937), Love Affair (1939) and the film she's most remembered for today, I Remember Mama (1948).

Her final feature film was in 1952, a surreal film called It Grows on Trees, a about a couple who discover a tree in their back yard with actual money growing off of it.

Read more about Irene on our Voraxica blog.
Posted by JSH at 1:01 AM