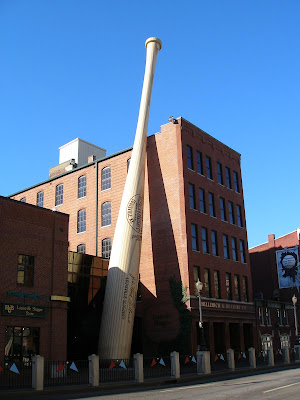 The World's Largest Baseball Bat leans against a building in downtown Louisville, and at 68,000 pounds it's certainly an enormous attention-getter for the Louisville Slugger Museum.

The Louisville Slugger bats have been manufactured here since 1884, and are the official standard bat of Major League Baseball. Currently, two of their galleries are closed for renovations and will be unveiled in April 2009. They're still conducting factory tours while the renovations are underway, however, and most exhibits are still on display.

Baseball's the only major "two teams of guys try to get the ball" kind of sport I remotely care about, and even then primarily for its mythic resonance. This place has that mythic resonance and then some. 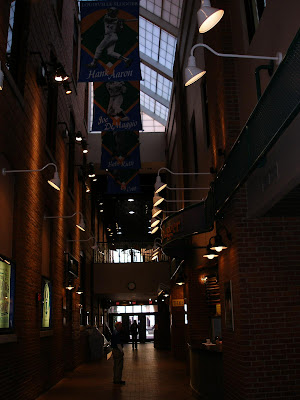