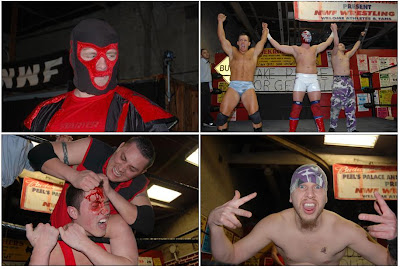 Forget all that commercialized TV wrestling and the nauseating "Mixed Martial Arts" junk. There's some real wrestling going on right here in your backyard, that good old-school southern-fried boppin' people over the heads with metal folding chairs and trash cans while wearing masks, capes, and speedos. Wholesome family entertainment.

The Northern Wrestling Federation has been wreaking havoc along the Cincinnati-Newport border for quite awhile now, cheerfully bringing low-budget wrestling to the masses "the way it's supposed to be", according to their posters. With a stable of talent with names like Hellena Heavenly, The Zodiac, T-Money, Stamp Lickage, The Playboy, The Genuine Superstar, The Warlock, Ice & Virus, The Fitness Machine, Sin-D, and Nasty Russ, how could they go wrong? 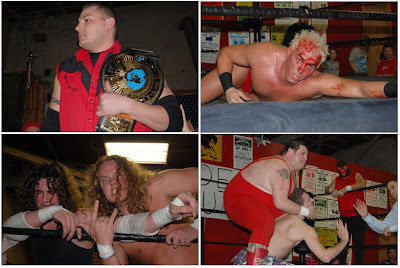 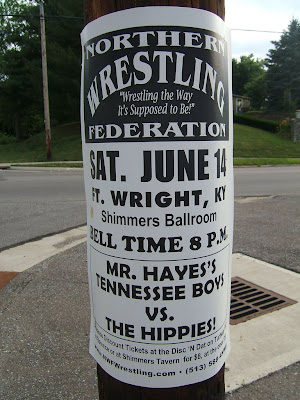 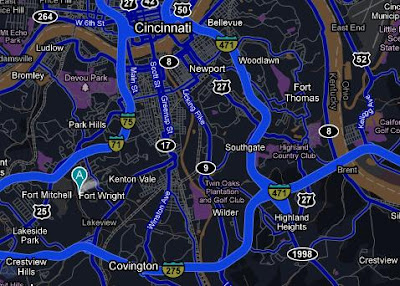