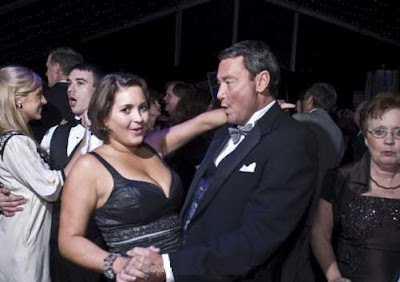 Back in March, a judge ordered Kentucky Republican politician Steve Nunn to have no contact for a year with his ex-fiance Amanda Ross, (division director for the Kentucky Department of Insurance). The restraining order was placed because of a domestic-violence charge against Nunn in February, in which it was alleged Nunn punched Ross in the face and held her arms while slamming her against a wall. Nunn also smashed a lamp and threw a cup of bourbon at her.

In August, Nunn was in trouble again. Ross asked a family court judge to hold Nunn in contempt of court over embarrassing photos of her. The judge required Nunn to "return to Ross all photographs of her and to take steps to destroy photos outside of his possession but provided by him to a third party".

On Friday, September 11, approximately 6:30am, Amanda Ross was found shot to death in the parking lot of her condo at 541 W. Short Street, Lexington.

Nunn, being the logical first suspect, became the subject of a manhunt. He turned up three hours later, when Barren County Sheriff Chris Eaton found him disoriented in Horse Cave's Cosby Church Cemetery, where his parents are buried. He had slashed his own wrists and was bleeding profusely. He also had a handgun and stated to Eaton that he'd tried but failed to shoot himself. (Some news reports are contradicting this and saying he did indeed have a gunshot wound.) At this writing, it has not yet been determined if the gun is the same one that was used to shoot Amanda Ross, and currently no murder charge has been filed against Nunn. 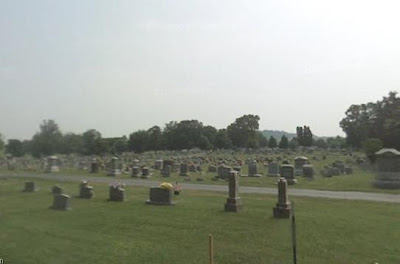 The son of former Governor Louie B. Nunn, Steve Nunn ran unsuccessfully for Governor in 2003. Oddly, he was chosen by the allegedly Democratic Governor Steve Beshear for the post of the Cabinet for Health and Family Services' Deputy Secretary. Nunn was forced to resign after the domestic violence/stalking charges.
Posted by JSH at 12:04 AM