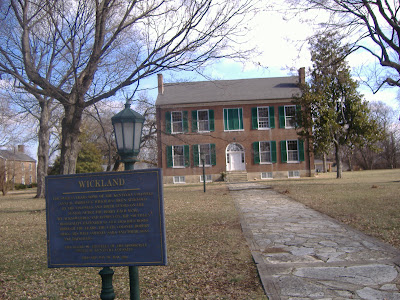 There are at least two historic estates called Wickland in Kentucky - the first and most famous is the one in Nelson County, on the outskirts of Bardstown. 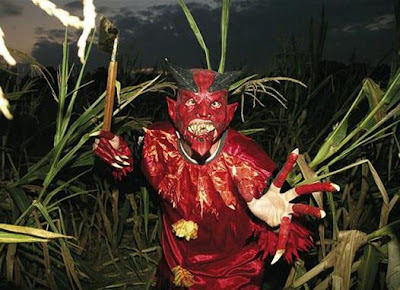 The Honorable Order of Kentucky Colonels have a barbecue here every summer, and the Wickland Corn Maze Halloween event is held on the grounds every autumn. You never know what sort of horrific entities will jump out at you when you walk the corn maze, and the proceeds go to the local Future Farmers of America chapter. 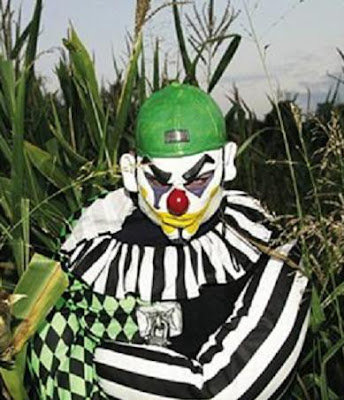 Wickland is vaguely listed by some as a haunted house, but if anyone's given any specific data about this, I've missed it.

Kentucky's other Wickland is located in Shelby County, and was (rather unimaginatively) named after the first one. Charles Cotesworth Marshall, built it in 1901 and named it in honor of his wife, Elizabeth Wickliffe, who was the daughter of the aforementioned Louisiana Governor, Robert C. Wickliffe and was raised at the original Nelson County Wickland. 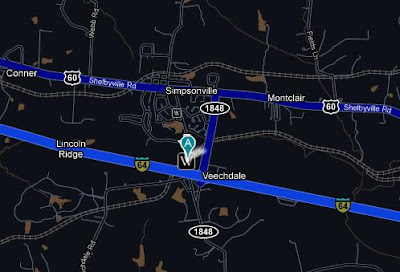 Wikipedia says it's in Shelbyville, but the closest major town to it is clearly Simpsonville, and if you want to be perfectly old-school accurate about it, it's in Veechdale. Remind me to drive back out there soon and take a photo.
Posted by JSH at 12:20 AM