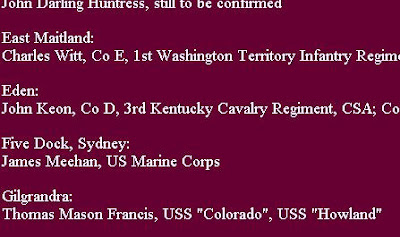 That's Oz as in Australia, of course, not the place with the Wizard.

In my rambling rounds around the world weird web, I happened upon some archivist's collection of data regarding American Civil War soldiers buried in Australia and New Zealand. Three cheers for the ant-like stuff-organizers, researchers for research's sake, and obsessive-compulsive list-makers of the world!

I was surprised to see what a lengthy list it is, and I wondered how and why so many Civil War soldiers ended up down under. And of course, the reason I mention all this here is that there's one from Kentucky. In the New South Wales town of Eden, we find this listing for a Confederate soldier:

There's also a list of Civil War soldiers born in Australia and New Zealand - and again, I didn't realize such a sizable group of such existed - but Keon's not on the list. 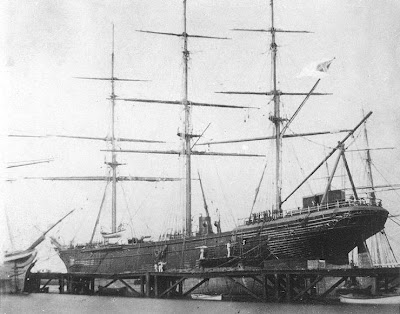