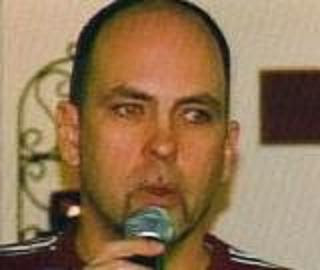 I'm not sure what all the hubbub is about, but some people are really going ape over Mark Hourigan becoming an ordained pastor at City of Refuge Worship Center in Louisville's Germantown. There's protests and angry mobs, and petitions, mostly from people who don't even go to that church.

If registered sex offenders aren't supposed to be allowed to ever DO anything with their lives after they get out, then we might as well just put them to sleep like shelter animals, right? (Unfortunately, many of the protestors would probably love nothing more.)

When I was a kid, we were told in Civics class that you commit a crime, you do time in prison, and then you've paid your debt to society and that's that, back to normal life. Somewhere along the way it's turned into this weird situation where sex offenders are second class citizens whose civil rights are practically nil, and yet they're expected to go out and find a career and have some sort of life. That's kind of hard to do when you're blacklisted on some online pervert database and you have to constantly report to Big Brother and check in, and you can't work here and you can't work there, and you can't do this and you can't do that.

But they're still expected to pay taxes, of course.

Crazy thing is, even axe murderers don't have to go through such nonsense. No one has to go knocking on doors saying "Hello, I served time for manslaughter and I'm required by law to alert all my new neighbors that I've moved here". I guess they'll get around to that sooner or later.

Like some book I found in a drawer in a motel once said, "Let he who is without Sin cast the first stone".
Posted by JSH at 2:34 AM

Your points on this unusual situation are elegantly stated. I had, honestly, not considered many of them--and find myself agreeing with you.

I saw as a sub-byline on some of the national coverage that Rev. Hourigan's story received that he has engaged some kind of treatment for his compulsions. It is good that at least something is being tried, as opposed to seeing these folks as helplessly and utterly 'incurable'. There may be no person more qualified to minister to others of his affliction.

As always, thank you for the unusual side of the story!