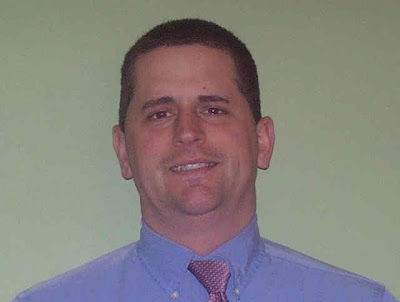 Around 5am on Sunday morning, Jody Lusk, a Logan County preacher wanted in connection with the statutory rape of a 13-year-old girl, turned himself in to police.

He reportedly picked the girl up after school on Friday, had sex with her at an Illinois campground, then returned her to her home Saturday afternoon. Lusk maintains the sexual contact was consensual.

Lusk had attempted to make it appear that he had been kidnapped by sending his wife a text message at 3pm Saturday. The message said, "KY license plate 744frm Briggs Lake". The FBI investigated but discovered the license plate belonged to an abandoned vehicle that had nothing to do with the case. I'm not sure why he did all this, or where he was going with the phony disappearance angle. Was he going to bug out, hit the road and disappear forever? Or was it just a temporary diversionary tactic? Or just a really poorly-executed bit of psychological "dazzle camoflage"?

His own vehicle - with windows broken - was found at Briggs Lake, where he had told his wife he would be fishing. Additionally, his bicycle was found abandoned on another road further out and his canoe was floating empty in the lake. This led police to fear that he had drowned, and extensive measures - underwater cameras and sonar - were employed to try to find his body. 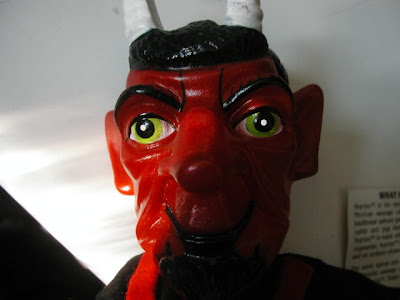 He released a statement to WBKO-TV which reads, in part:

"I am deeply sorry for my sinful actions and I am in deep shame. I have been asked what could possibly motivate me to do such a thing. I can't quite explain why. Satan blinds us to sin and what it is and what it really does. Being a preacher I know that God's Word warns us about Satan and his ways. Unfortunately, until I experienced that first hand I didn't fully grasp it. I was on a spiritual high as 2009 began but I let it all come crashing down, I let Satan have his way with me. My faith wasn't as strong as I thought it was. Looking back on all that I've done it's hard to believe this was me doing this... Satan wants all of us to think that some sins are OK. But what seems like a small sin will always progress and lead to other sins. Don't let him fool you. I ask for everyone to forgive me - my family, her family, my brethren, my friends, and my community."

Lusk also has a welcome statement on the Google-cached copy of Auburn Church of Christ's website (the actual one has been yanked down):

I have been with the church in Auburn since April 1, 2007. I have been preaching the gospel for about 10 years and have worked with churches in Alabama and Kentucky. I grew up near Boaz, AL and became a Christian in 1995, after leaving the denominations of men and obeying God's plan of salvation. Very soon, I had the desire to preach the gospel, but being new to the faith, I knew it would take time to be ready. I spent the next 3 years studying hard and preparing myself to work full-time as a preacher. I had the help of some fine gospel preachers in my preparation, such as George Hutto and Carroll Sutton. During this time, I preached any time I had the opportunity, anywhere I had the opportunity. In January 1999 I began my first work with the Millertown church of Christ in the Dot community in Logan County, KY. In July 2001 I moved back to Alabama and worked with the Alexandria Rd. church of Christ in Jacksonville, AL. After being there for almost 6 years, I then moved here to Auburn. My wife, Shannon, and I have 3 children- Hollie, Zachary, and Elijah. If I can help you in any way, please don't hesitate to ask! 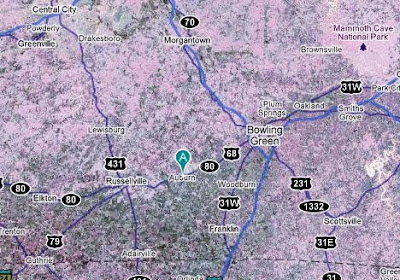 Maybe he should have just blamed it on The Danes.
Posted by JSH at 5:23 PM

The beginning of Jody Lusk's statement is "I am deeply sorry for my sinful actions." That is an admission of guilt, wrongdoing, etc. To post "Rapist Pastor Blames Satan" is to suggest that he doesn't accept any responsibility for his actions because "the devil made me do it." That is absolutely untrue.

Further, he says, "I let Satan have his way with me." He admits that Satan was involved but he takes all the blame and you have misrepresented his statement in your title.

There is no justification for Jody's actions and he will pay the penalty for his crime. His family, the church, the young girl and her family will all suffer because of this. However, we serve a great God who will forgive even Jody Lusk. For that I am thankful.

I don't think it's "absolutely untrue"; it's written right there in the same text that I posted and that you're quoting from.

Lusk did indeed say he was deeply sorry for his sinful actions, but then he went on to say:

1. he did these things because he let Satan have his way with him.

2. he did them because Satan blinded him to sin.

3. That he knew about Satan and his ways but didn't experience them first hand till now.

4. That Satan fools people into thinking sins like this are OK.

Blame is exactly the correct word to use, because Lusk is clearly saying that he would never have done such a thing had Satan never fooled him, blinded him, weakened his faith, lured him, tricked him, brainwashed him, etc., whatever.

I agree, however, that God will forgive Lusk.

i noticed channel 27 also felt he was blaming itr on the devil, and Bill also left the very same comment there.
http://www.wkyt.com/news/misc/58728637.html

Yep. I'm guilty, but I left it here first if that makes anybody feel better. :)

While Defendant Lusk's The-Adversary-made-me-do-it stance seems clear to me, he further casts off acceptance of his culpability by contending the sex was consensual. Statutory Rape predicates itself on the premise that children lack the capacity to consent to sexual activity with adults.

I join in feeling sadly for all involved, but also feel confident that causing a false report of his disappearance to be filed will be added to his charges. At least some of that bit was on the Commonwealth's dime--for which we all pay.