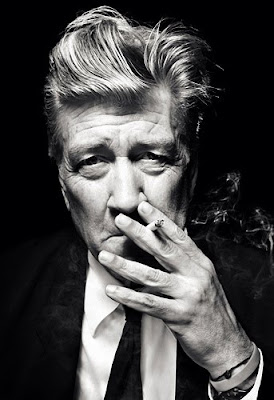 David Lynch, auteur known for classic weird cinema such as Inland Empire, Blue Velvet, Eraserhead, Mulholland Drive, Lost Highway, Wild at Heart and the television series Twin Peaks, knows a lot about fine cuisine. And Mr. Lynch has declared the best caviar he's ever tasted as coming from, of all places, Kentucky.

Shuckman's Fish Co. & Smokery, located at 3001 West Main Street in Louisville, has a knack for coming up with products loved by those in the know, and has been doing so since 1919. In addition to David Lynch, celebrity testimonials have rolled in for Shuckman's from Emeril Lagasse, Gary Busey, Ned Beatty, David Domine, NPR's Lynne Rossetto Kasper, and Peter Halikas from Dean & Deluca. Even Mikhail Gorbachev and President Clinton have dined on Shuckman's wondrous creations.

So why is one of the nation's leading smoked seafood companies located in Kentucky? I have no idea. It's just one of life's little ironies, like how you have to go to Northern Italy to find the best Southern Italian restaurants.

Visit Shuckman's website here.
Posted by JSH at 12:02 AM