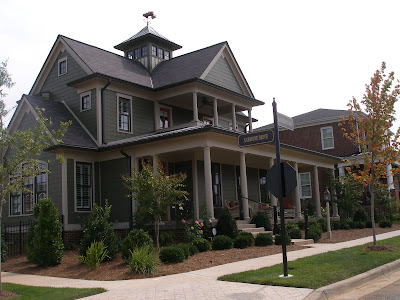 A steampunk/retro enthusiast's wet dream, Norton Commons is an amazing community that, just a couple years ago, was a desolate field. Now it's a self-contained city unto itself, composed of all manner of antique architectural styles, giving one the strange and wonderful feeling they're on an elaborate movie set, or that they're Remote Viewing another point in time. 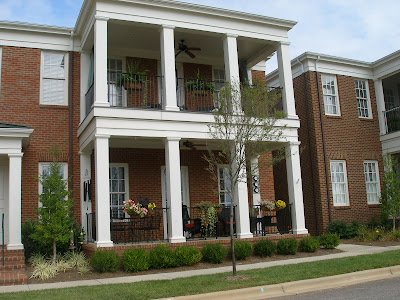 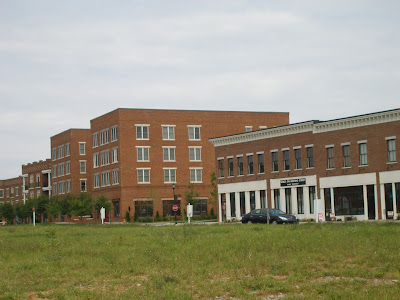 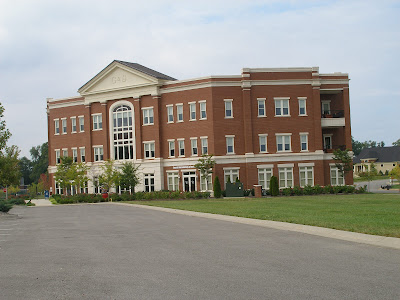 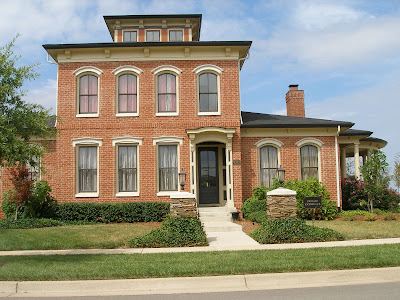 Their website says: "Imagine the convenience of a market, restaurants and other shops all within walking distance of your home. Retail stores in Norton Commons add the charm of village life that’s missing from suburban living. Sidewalks draw residents who appreciate the convenience and quality of these amenities. For visitors, the streets provide easy thoroughfare and ample parking. Businesses in Norton Commons become an integral part of a loyal community." 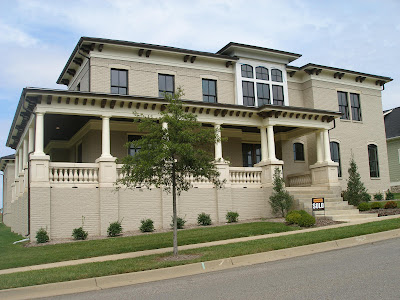 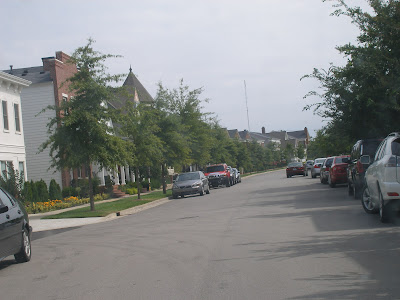 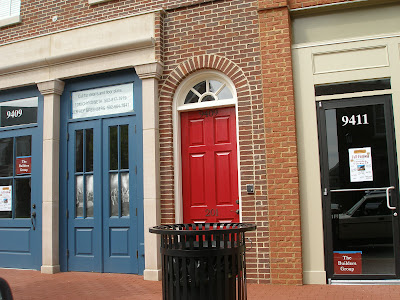 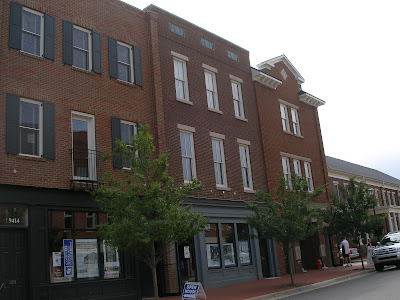 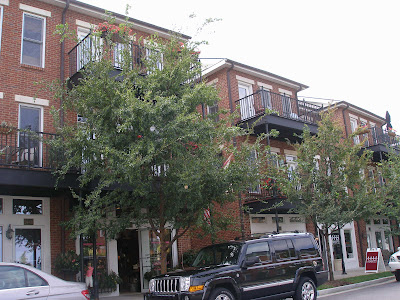 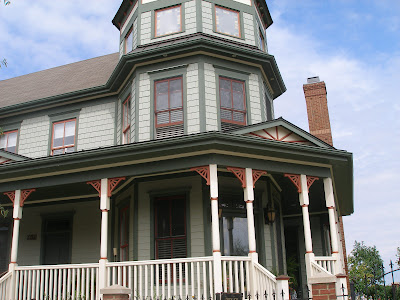 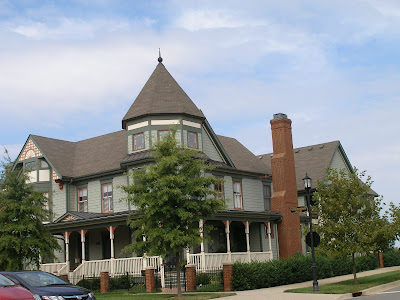 Stores are mixed in amongst the homes just like in an older neighborhood, and apartments are often placed above retail locations, as it used to be back in the day before the deadly dull postmodern ideas of zoning. The styles of the buildings are a total mish-mash of different time periods, just as it would be on an actual century-old street: there's Colonial, Federal, Italianate, Prairie/Foursquare, Victorian, Folk Victorian, Queen Anne, Craftsman/Bungalow, and even plain ol' depression-era-industrial ugly (which I find beautiful). 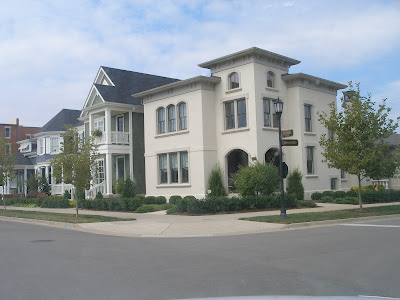 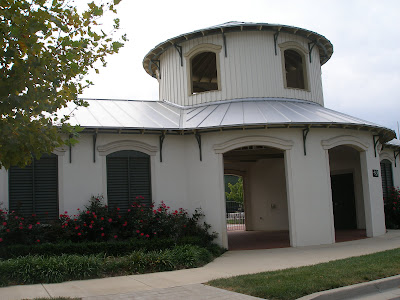 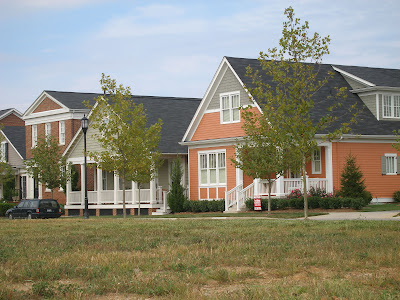 It's hard to find - I usually take Westport to Chamberlain, or you can get there via Wolf Pen Branch, or Brownsboro, or the Gene Snyder.

Gelato Gilberto is located out here, and it's worth the drive. It's the place to go for Gelato in Jefferson County, especially now that Café Glacé on Frankfort Avenue is gone, and - what was that other place that used to be on Bardstown Road? Whatever it was, it's gone too. 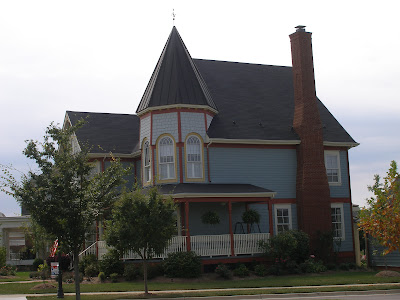 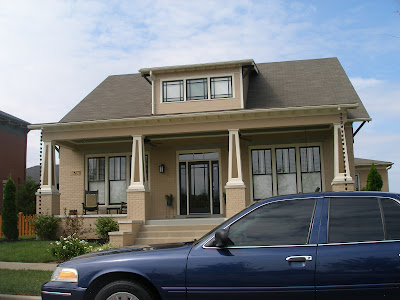 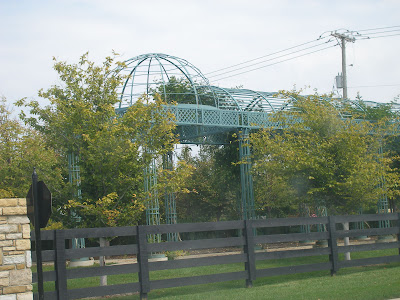 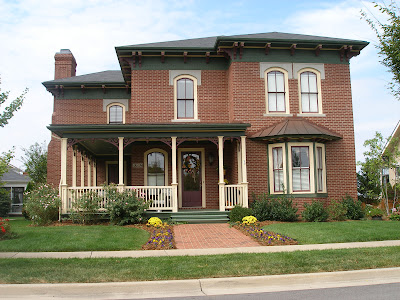 I visited Norton Commons for the first time a few weeks back and I got a huge kick out of it.

It's funny that you mention that it looks like something from a film. The master planner for the project was Andres Duany who also helped plan the wonderfully weird planned city Seaside, FL.

Seaside was where the "exterior" shots for the film "The Truman Show" was shot.

Hopefully Norton Commons will get self-sustaining enough that you could move there, rarely leave the confines of the community (except on "very special episodes") and pretend you were in your very own Truman Show. (Am I weird in thinking that would be a fun experiment to try and subsequently blog?)

That would be awesome-o, actually. I'd go it one further and set up some sort of hardcore immersion behavioral guidelines in which participants were urged to really convince themselves that they were actually in some other point on the timespace continuum, thereby possibly literally effecting some sort of slight quantum change in one's relative position vis-a-vis parallel realities.