Birth of a Light Bulb

One from our retro-living blog Revelation Awaits An Appointed Time: 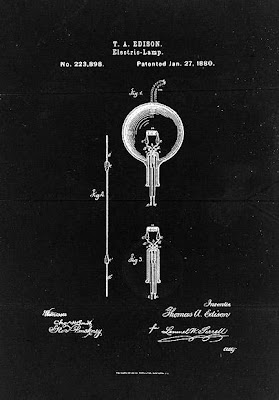 Some sources, like this one, state that Thomas Edison's light bulb was first demonstrated for the public in Louisville, at the Southern Exposition of 1883.

But other sources, such as this one, says the public first saw Edison's light bulb in a demonstration in his Menlo Park laboratory, December 31, 1879. So which is correct? 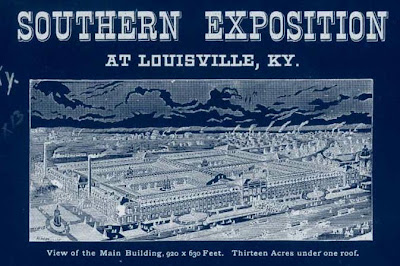 They're both correct. Although a few fortunate Jersey citizens first saw Edison's incandescent bulb in his informal sneak-peek laboratory demo of 1879, the first official ready-for-the-world unveiling of the product came in 1883 in Kentucky.

Prior to Edison's alleged "invention", however, vacuum tubes that lit up already existed, since as the Geissler Tube and the Crookes Tube. Joseph Wilson Swan is generally regarded today as the true inventor of Edison's own light bulb, as it was his British patents a year prior that Edison virtually copied verbatim for his own American version. Swan and Edison later buried the hatchet and joined forces, jointly starting up the Edison & Swan United Electric Light Company.

Additionally, Edison was beset with lawsuits from Hiram Maxim, who also laid claim to being inventor of the lightbulb. According to the book Edison's Electric Light by Robert Friedel and Paul Israel, there were at least 22 inventors of incandescent lamps prior to Swan and Edison.

Edison merely repurposed the pre-existing idea for commercial purposes, to maximize the amount of light such tubes generated and thus replace gaslight. But even then, his own assistant Nikola Tesla (image below) outdid him and invented the fluorescent light, which was a far superior product. 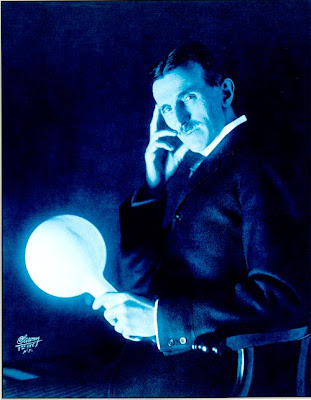 Sir Humphry Davy invented the first incandescent light in 1802, by passing direct electrical current through a thin strip of platinum. In 1809, Davy also created the first arc lamp by making a electrical connection between two carbon charcoal rods connected to a 2000-cell battery. James Bowman Lindsay created very effective incandescent lamps in 1835, but chose not to pursue the invention, focusing instead on wireless telegraphy.

But by the time American citizens flocked to Kentucky in 1883 to witness the unveiling of Edison's electric lights, history was ready to ignore all who had come before.
Posted by JSH at 12:00 AM