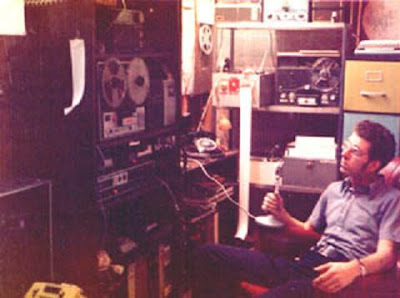 From 1970 to 1991, the MADAR Project proposed a connection between UFO events and magnetic anomalies, and sought to document them. MADAR, which stands for "Multiple Anomaly Detection & Automated Recording"), was based in Mt. Vernon, Indiana. Because of its geographical proximity to Kentucky, a number of events in their case files took place here or near here:

Very interesting! I've long wondered, since many terrestrial animals seem to navigate/migrate by use of ley lines and other geomagnetic anomalies, perhaps spacecraft might as well. I remember reading somewhere the hypothesis that a number of unidentified crashes occurred because our then-cruder RADAR systems knocked out their navigation. The connections could be many.

And the sound of swarming Bees to boot! That was the proverbial cherry on the sundae for me. :-))

As well as being a fountainhead of superbly unusual information, UnK is also a source for nearly infinite link-threads. Just outstanding!