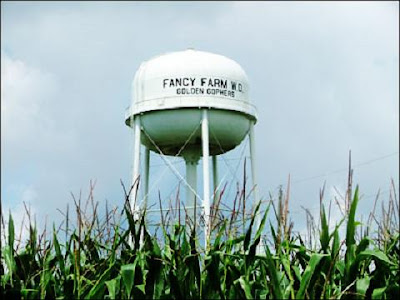 Every year, people congregate to the tiny town of Fancy Farm in Graves County, for the Fancy Farm Picnic. The event, which began in 1880, is an informal and wacky political gathering and is usually attended by most Kentucky politicians. 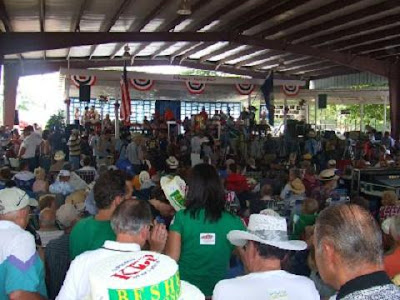 As Wikipedia notes, "So many Kentucky politicians attend that it tends to only be news when a major politician decides not to make an appearance, such as senator Jim Bunning in 2007." 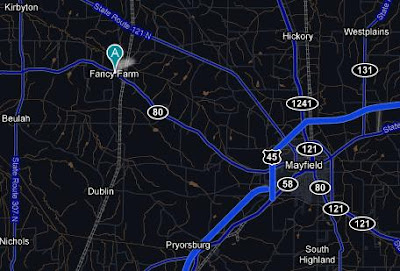 The Guinness Book of World Records has officially recognized the event as the "World's Largest Picnic".
Posted by JSH at 12:26 AM