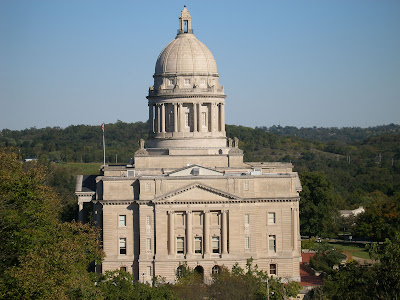 The best place to get a good photo of the Kentucky State Capitol is not actually at the building, but from a considerable distance from it in the mountains that surround it. There's a lookout point along U.S. 60, where I took these, and Frankfort Cemetery also provides an excellent view. 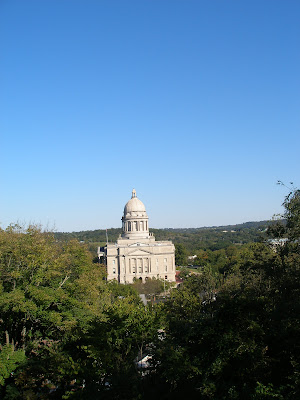 Kentucky hasn't had good luck with capitol buildings. Between 1792 and 1830, Kentucky had two buildings serve as the capitol, and both of them burned down. Then from 1830 to 1810, we had a third one that was discontinued a few years after Governor William Goebel was assassinated in front of it. In 1910 the current capitol building was completed, with a dome patterned after Napoleon's tomb in Paris.
Posted by JSH at 12:18 AM