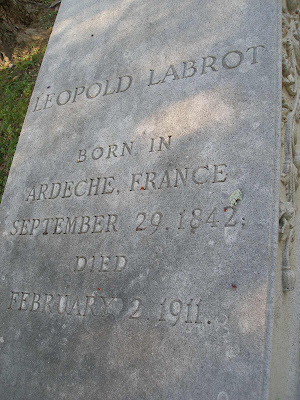 I only took photographs of these graves in Frankfort Cemetery because I thought their names were interesting, as well as their connection to Ardeche, France. 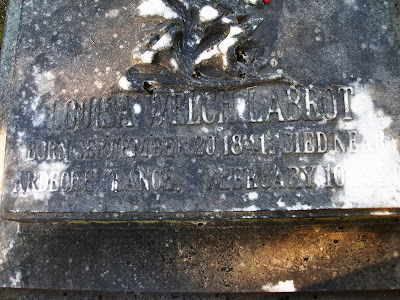 When I got home and Googled him, I realized Leopold Labrot was the Labrot in Labrot & Graham, the historic whiskey distillery whose name still appears on one of my favorite bourbons in the whole universe - Woodford Reserve. The distillery itself has been in operation since it was the Pepper Distillery in 1812. It was purchased by French wine merchant Leopold Labrot and Kentucky banker James Graham in 1878, who operated it until 1941. Brown-Forman purchased the distillery and then sold it in 1971, only to re-buy it years later.
Posted by JSH at 12:35 AM