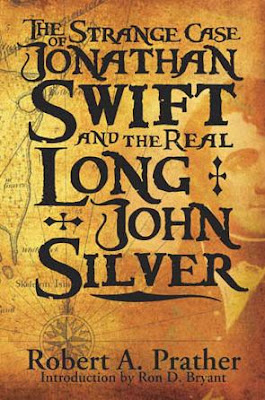 An article in the Hardin County News-Enterprise pointed me to an interesting-sounding book I wasn't aware of: Robert Prather's The Strange Case of Jonathan Swift and the real Long John Silver.

(We're speaking here, of course, of the Jonathan Swift who is said to have discovered a vast gold/silver mine somewhere in Kentucky, not the Gulliver's Travels author.)

Prather suggests the Swift cache sits near the Hardin-Breckinridge county line, in the middle of an “X” formed by the towns of Eastview, Westview, Centerview and Grandview.

Furthermore, Prather points out an old newspaper article from 1902 that mentions a goldmine near Easy Gap, just a few miles from the area in question.

"Tradition holds that he [Swift] was an established Indian trader, but some historians came to believe he was a pirate who preyed on Spanish merchants and made his frequent trips into the wilderness not to retrieve his treasure, but to hide and coin it. A resident of Laurel County, Kentucky named William Reams held that following Swift's visit to the mine in 1769 – the last trip recorded in the journal – he and his accomplices agreed not to claim any of the treasure they had hidden in the area until 1790. When they did return, Swift was overcome by the sight of the wealth and killed the other members of the party while they slept. Following this action, he was struck blind and unable to recover the treasure." 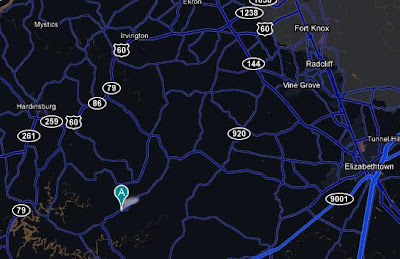 Henry Harvey Fuson's 1939 History of Bell County, Kentucky, on the other hand, pooh-poohs the whole notion and does so in a rather disingenuous manner:

"The mountain people in the past have been good subjects for the creation of this folk-tale, since no mines have been found that we can trace to Swift. They lived for a century far from railroads in a wilderness of mountain country. They made a living, a bare living in many instances, by the hardest of work. People in this condition dream of wealth and luxury.

The story of Swift fell into fertile soil of their dreaming minds and became fixed there as a fact. After it became fixed, and no mines could be found, then reasons were invented to account for not finding the silver. Hence, dark caves with heaped-up silver guarded by demons, great kettles of silver deep down in the ground protected by a league of devils, and many other stories grew up around this tradition. What better modern folk-tale could we have?"

(For those who find significance in synchronicities for their own sake, you may be intrigued to note the promixity of Swift's alleged buried treasure site to that of Fort Knox. Likewise, you may note the fact that the Long John Silver's restaurant chain is owned by the Kentucky-based Yum! Brands.)
Posted by JSH at 12:07 AM

I still think it's somewhere around that big blue bridge between Jackson County and Estil County that might just exist in a dim corner of my mind.