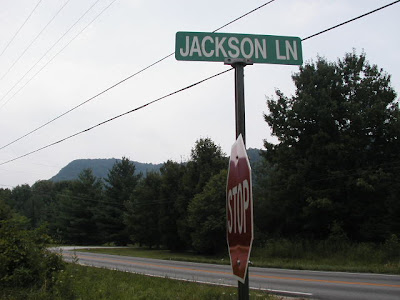 Jackson Lane is a nice creepy little road in Big Hill, KY, less than half a mile from the Big Hill itself. It winds deep into the hills and dead-ends at a clearing in the wilderness where a small wooden stage sits under a tree, looking sort of like the kind of stage one might see at a political rally.....evidently there was some sort of event held here at one time.There are gravel roads and truck-made paths going deeper into the woods but we have not explored those. 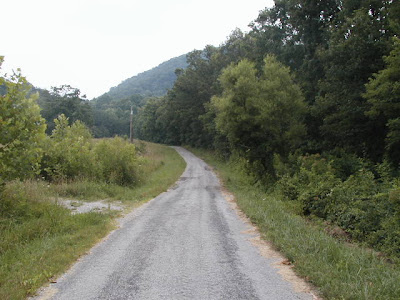 There's also a very nice old abandoned house almost completely obscured by foliage in the summertime. Jackson Lane is a great road to go parking on at night although the area has a very eerie feel to it, like you're being watched. 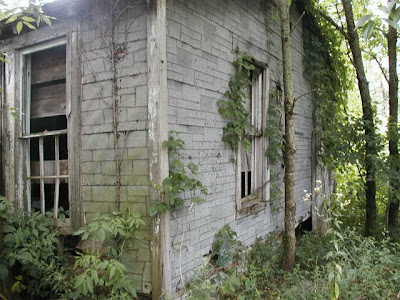 If the legend is to be believed, Squire Boone passed through this area in 1770 and carved his name on a large rock in hopes that Daniel Boone would see it and know that Squire was back in Kentucky. The rock is now on display in Richmond's Courthouse.
Posted by JSH at 10:32 PM