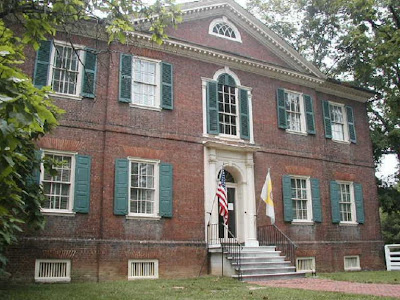 One of Kentucky's most haunted locations is Liberty Hall, located at 218 Wilkinson Street in Frankfort. It's reputed to be the home of at least three ghosts, the most interesting of which (to me) is that of an opera singer who vanished without a trace in the garden out back. Some versions of the story say she's Spanish, others say she's from New Orleans. Both could be true, of course.

The "Gray Lady" is the most famous Liberty Hall ghost, however, and most poltergeistly encounters there are usually ascriber to her. Robert Norman, a former caretaker of the building, reported seeing pages torn from a calendar, candles removed from candlesticks, and ceiling fan blades slowly turning even when off; all acts of mischief committed by an unseen hand. 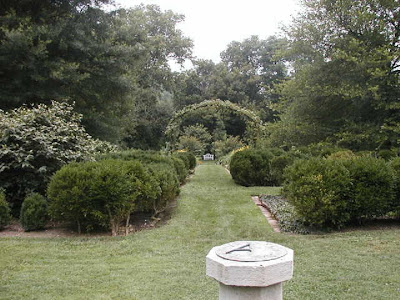 No mention is made on the house's official website about any of the various haunting legends.
Posted by JSH at 12:36 AM