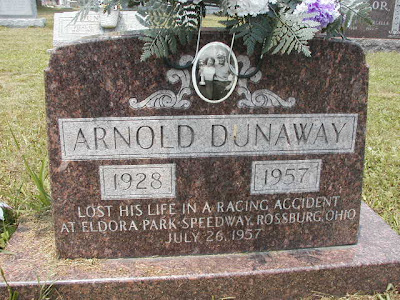 Gravestones that tell something about the person are very rare, and it's even rarer when they actually tell how the person died. That makes the grave of Arnold Dunaway special in itself, but doubly so because he was apparently a race-car driver of some reknown back in the 1950s. According to the stone, Dunaway died in a crash at Eldora Speedway in Ohio.

Dunaway's grave is in a small cemetery in Winston, KY. 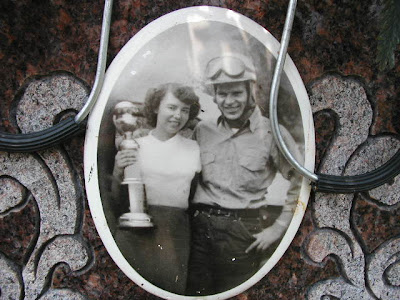