Return of the Living Dead 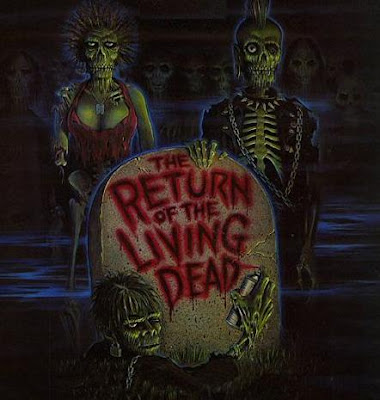 Many people are unaware that the 1985 horror film The Return of the Living Dead's plot is set in Louisville, Kentucky, and in fact, was filmed on location there. Many Louisville streets and sights can be recognized from close scrutiny of the film.

Interestingly, the film's introduction makes the claim that the movie is based on actual events - which might be news to the citizens of Louisville!
Posted by JSH at 12:12 AM

SWEET. This movie is CLASSIC!!!