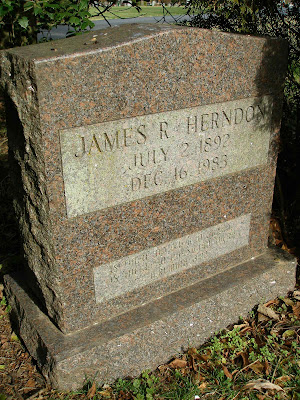 Lexington is known for its unique eccentrics and characters, but none can surpass the notoriety and fame of "Sweet Evening Breeze", who managed to live openly as an African-American gay crossdressing male in the early-mid twentieth century.

At a time in history when the idea of being "out" was nearly unthinkable, and when most who chose crossdressing not just as a hobby but as a lifestyle had to keep it on the DL, Sweet Evening Breeze would have none of that. Instead of sneaking and slinking around, she walked brazenly down the city streets of Lexington in broad daylight. Everyone in town knew "Miss Sweets" and loved her.

And somehow, despite the rampant bigotry of the times , it worked. Sweets, thanks to her evident powerful charisma and charm, gained a huge and curious following of friends, fan, and admirers. She had friends from all walks of life, from well-to-do fellow members of the Pleasant Green Baptist Church, to more bohemian pals and acquaintances met in restrooms of the Phoenix Hotel for "Tearoom Trade".

As with many cities in those days, Lexington had a law on the books forbidding crossdressing. There’s a story often told that when Sweets and another young black drag queen were thrown in jail, they entertained the sympathetic guards with the same routines they performed in drag clubs, and ultimately swayed the judge with Sweets’ persuasive argument that the crossdressing law was unconstitutional.

Sweet Evening Breeze died on Friday, Dec. 16, 1983, at the Homestead Nursing Center. He was thought to be in his 90s and was survived by many loving friends and family. For his achievement of being himself against the odds, the Royal Sovereign Imperial Court of All Kentucky named its highest honor the James Herndon Award. Last year the Lexington Men's Chorus also named its small singing ensemble Sweet Evening Breeze in his honor as well.

Sweets' grave, bearing her birth name James Herndon, can be found in the Lexington Cemetery.
Posted by JSH at 12:10 PM

Do you by any chance know the number of Sweets home in Pralltown and whether it is still standing.?

Offhand I don't recall the number of the house, but it is still standing and I do know it when I see it. It's at the end of the corner on the left side of the street, all the way down, with the railroad tracks on the right of it.

Thanks. I am currently writing a novel set in Lexington in 1961 and it will of course have material about Sweets in it. I left Lexington in the early 80's and hope to get back there soon to check some things out. In the meantime, however, to get the juices flowing could you give me a brief description of the house? Is a a shotgun house? Would it be or have been a better house than others in Pralltown, or about the same? I know Sweets was fastidious and the house would have been well-kept when she had it.

i know the house well and can show you wich or i'll drive by and get the#,,,partied there for ,many years..bob morgan

Bob, thanks for responding. Having had open heart surgery, I do not travel in the hot and humid months. If I made a visit to Lexington, it would be in the late fall. I would settle, in the meantime, for a description of the house when she had it: was it nicer than the other homes in Pralltown? And just a very brief description of the house. It is a shame that we cannot post our e-mail addresses. There are just too many nuts on the internet. I would very much like to chat with someone who had been a friend of Sweets. I saw her only two times in the early 80’s. Once she was walking on Main Street and it started raining. A police car pulled up and offered her a ride. I also saw her at one time in “the bar” (I forget the name of it ) that was located next to the Kentucky Theater. Have a nice day.

Bob, I just read my previous posting and saw that it could be misleading. I did not mean that you might be a "nut." I was just saying that posting our e-mail addresses could open us to responses from the many nuts who do stalk the internet. Have a nice day. Harry Smith

I remember seeing "Sweets" at a small restaurant across the street from the UK Business School and Law School in 64-68 time period. She was very "out" and always had a smile and hello for everyone.

Sweet Evening Breeze was a nurse, and was well regarded as a good one. As a child, my father pointed him out to me, explained what she was, but did not make any ugly remarks about her/him. I remember seeing Sweets walk down Limestone Street, swishing and swaying, from the Good Samaritan Hospital, toward Main Street. A very vivid image from over 55 yrs ago.

In the late 1960's, as students at Transylvania University in Lexington, a classmate and I used to visit with his aunt at her home in Fayette Park. The house was filled with heirlooms and old family pictures, the sorts of things you'd find in a proper,old Lexington home. I recall a wall of family photos in the den. Among all the white faces was a photograph of an obviously African-American lady in a wedding dress. My friend's aunt liked to watch people's reactions when they first spotted the photo. She would then explain that it was Sweet Evening Breeze. She spoke of him fondly and seemed proud that she had known him.--Bob Swisher

I first saw Sweets when I was a young girl having my tonsils removed at Good Samaritan Hospital. He was a nurse there at that time. Later, while a student at UK I often saw him/her walking down Limestone. I know that he was a welcomed guest at many fraternity parties at UK in the 1950s.