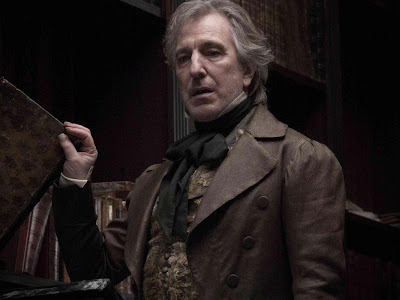 If you're familiar with Stephen Sondheim's musical Sweeney Todd and the subsequent film adaptation, you may remember the character of Judge Turpin. Turpin is an educated and well-spoken man, but also cantakerous, hotheaded, and perverted. After kidnapping a child named Johanna that he obsesses over, he locks her in a room in his mansion to prevent her escape, and prepares to marry her against her will.

Sound familiar? No? Read on.

According to several sources, such as William Lynwood Montell's "Haunted Houses and Family Ghosts of Kentucky", Cassius M. Clay married a fifteen-year-old daughter of one his sharecroppers, and at the age of eighty-four, no less. Presumably the marriage was against her will, because like Johanna, she was locked in a room in Clay's Whitehall Mansion to prevent her escape! It's also been reported that she made a failed suicide attempt by leaping from the window of her room. 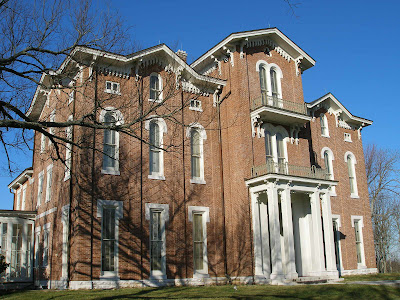 Two park rangers were there in the house one night. They saw a light in the room where Clay had locked his young bride. Yet there were no light sockets in the room, no furniture, and it was closed away from the other rooms. The rangers drew their guns and searched the lighted room, but found nothing to explain the light. As a result, they resigned from their jobs.

Clay's obituary in the New York Times didn't shy away from the subject, devoting several long paragraphs to it, albeit couched in soft language like "the old warrior's eccentricities".

Ultimately, Clay divorced Dora, but soon began plotting to get her back. He never did. 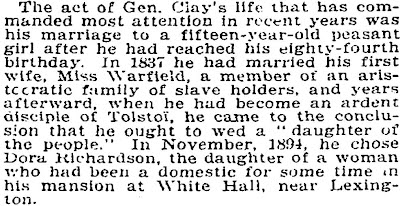 Whitehall can be found just off U.S. 25 near the Boonesboro exit.
Posted by JSH at 12:54 AM