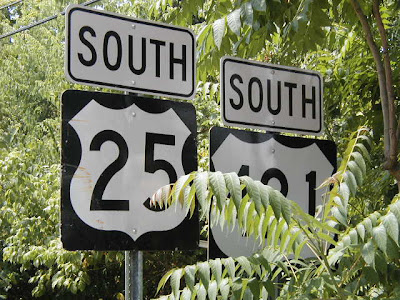 Kentucky's own "Route 66" of paranormal weirdness is Highway 25, running straight down the center of the state. An inordinate amount of our pieces here take place very near U.S. 25, making it an ideal roadtripping destination for those of you visiting from elsewhere.

Highway 25 begins at the KY/OH border, and from there it winds its way south, spending the next couple hours running alongside I-75. In Corbin U.S 25 splits into two, one going East (25 East), one going South (though for some reason they call it 25 West). Both 25E and 25W have their points of interest, but it's 25E that has that good ol' U.S. 25 feeling all the way to the Tennessee border.