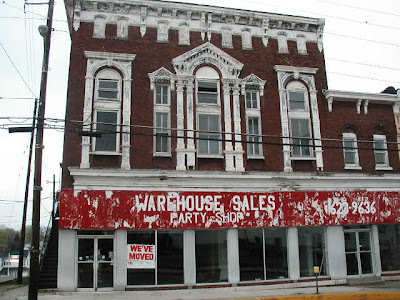 One of the sad truths about doing a website like Unusual Kentucky for years is that some of the places you write about end up ceasing to exist. The spooky old Madison County Oddfellows lodge hall is one of those unfortunate casualties. For over a century it set a suitably ominous tone for the area, even after its street-level floor became a "party shop" in the 1980s. 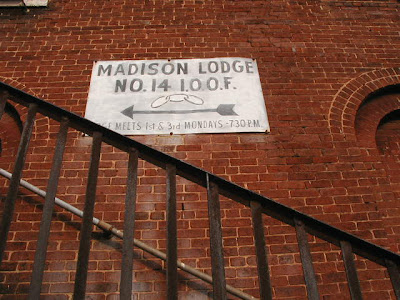 What originally brought the creepy old edifice to Unusual Kentucky's attention, however, was a square stone box, looking almost like a gravestone. It was dated 1902 and was stashed under the side stairwell. Some speculated it contained human bones for some sort of quasi-Masonic ritual, while others said it was a simply an old keystone. 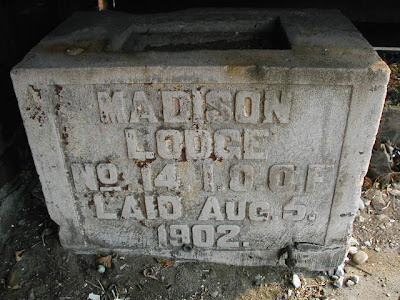 The latter is the most likely explanation, but we may never know for sure because the stone, the stairwell, and the whole damn building are now gone. Further proof that the power to make drastic changes to a city is usually in the hands of the worst possible people to wield it. 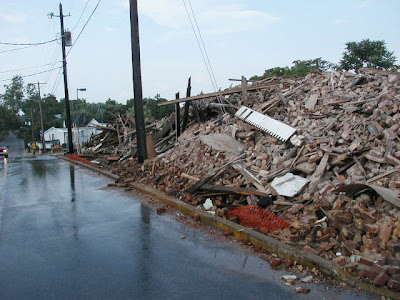 There might have been a skeleton. It seems all the Odd Fellows had their own skeleton that they used in rituals. If you google skeleton and Odd Fellows you will get a lot of news hits. There's even a video on youtube of these kids with a skeleton in their college dorm that used to be an IOOF hall.