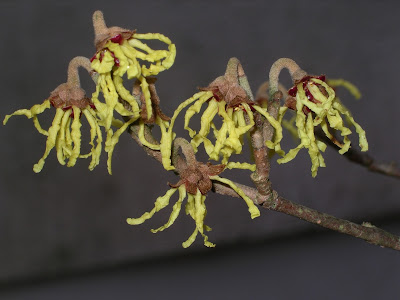 As the march of civilization encroaches on America's wooded areas, many states are quickly losing their indigenous flora to the bulldozers. Fortunately, Kentucky has managed to maintain more of its wilderness than most of its neighboring states, and among its more interesting plants are:

* Wormwood - a specific type of Artemisia known for its mind-altering properties. It's the key ingredient in Absinthe, and has even turned up in special batches of rural moonshine. Also popular with Wiccans and moon-goddess religions.

* Chicory - these ubiquitous powder-blue flowers can be seen growing everywhere in Kentucky, and they especially seem to thrive by busy roadsides despite the car exhaust. I wouldn't recommend using the roadside ones, but it's a popular plant for use as a coffee substitute or a coffee additive.

* Ginseng - after tobacco and marijuana, the aphrodisiac herb Ginseng is one of Kentucky's most popular cash crops. There are Asian companies paying top dollar for Kentucky Ginseng, and every Autumn, people head for the hills to hunt for it. Unfortunately, indiscriminate harvesting of wild Ginseng is ruining it for everyone. Greed induces people to pluck every plant in sight, rather than leaving enough to insure a crop for next year. This has led to concerns that wild Ginseng could actually become extinct, which increases its value and in turn only further encourages the "get all you can while you can" attitude among many seekers of "Seng". According to Kentucky law, harvested plants must be at least five years old, and seeds harvested are to be planted back into the location from which they are dug. Federal law prohibits transportation of non-certified Ginseng across state lines for the purpose of selling.

* Devil's Trumpet - Also known as "Jimson Weed" and "Zombie's Cucumber", this extremely malodorous plant is still common in Kentucky. It was once a staple of lawn decoration for our grandmothers and great-grandmothers because of its magnificent blooms and prickly thornapples, and it still grows in many a rural yard to this day. The Latin name for it is Datura stramonium, and science now knows why this plant has been regarded as magical, holy, or just plain scary by native Americans: it's extremely toxic and powerfully hallucinogenic. The Devil's Trumpet is said to induce true hallucinations that absolutely cannot be distinguished from reality, and is generally regarded as such a horrible and life-threatening experience that it has zero value as a recreational drug.

* Poke - the same plant referenced in the popular song "Polk Salad Annie", this peculiar plant has highly poisonous berries but delicious leaves and stalks that have been a Kentucky delicacy since before recorded American history. Although fried poke stalks are still a common dish in my old childhood stomping grounds of Madison, Estill, Lee and Wolfe counties, I can't go on record as recommending it. Many doctors insist that traces of toxins still remain in Poke even after being cooked, so this is one Kentucky tradition that really should come to an end.

* Witch Hazel - No one's really sure why this astringent plant (see picture) has such a Halloweeny name, but since it's a highly useful medicinal plant, it's not so much of a stretch to imagine that early Witches really did use it. What I find most fascinating about it is that it literally explodes periodically, ejecting its seeds for a considerable distance!
Posted by JSH at 12:26 AM