Pitt vs. Cruise? Not! 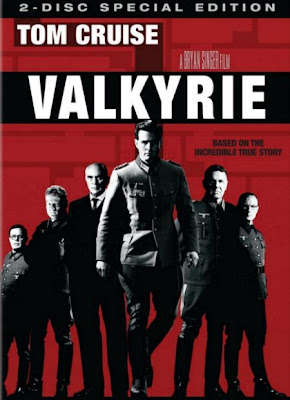 A few days ago, a less-than-reputable German magazine widely - and falsely - attributed a statement to Brad Pitt in which he was knocking Kentuckian Tom Cruise's recent critically acclaimed film Valkyrie. Pitt has a part in a new film, Inglourious Basterds [sic], which, like Cruise's masterpiece, deals with Nazi-era Germany.

According to People Magazine:

The uncharacteristically harsh remark was originally published in a wide-circulation weekly German magazine, and, as could be expected, was reprinted internationally. Problem was, it was never uttered.

Unfortunately, if you look at the vast majority of the amateur blogosphere, most are ignoring Pitt's statement decrying the rumor and instead they're going with the far juicier story that he dissed Cruise. Internet celebrity gossip columnists (among the lowest bottom-feeder scum of the Earth, IMHO) certainly don't let a little thing like truth stand in their way. Pitt and Cruise, who starred together in the classic film adaptation of Anne Rice's Interview with a Vampire, are actually good friends.

Valkyrie, shot on a budget of $75 million, has currently grossed well over $250 million worldwide. Kentuckian Tom continues to laugh all the way to the bank despite his detractors.
Posted by JSH at 12:00 AM

Good movie. Wasn't a fan of the MI movies but really liked Valkyrie. Hadn't realized Cruise was from Kentucky?

Well, he was born in New York and he lived a lot of places, but spent the most time of his youth in Louisville. A lot of folks still remember him as a Courier-Journal paper boy, and he still has relatives here.