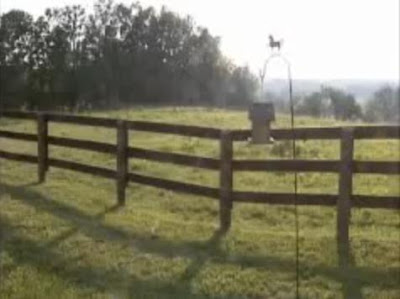 Get ready to whip out your checkbook: Someone named Lura Ketchledge is selling a Kentucky horse farm on eBay for a mere quarter of a millon dollars. She claims the farm is haunted but doesn't go into any specifics on the auction page about why she believes it to be so. From the auction's text:

I know what you are thinking: everyone dreams of owning a real haunted horse farm! In this tough economy, it’s important to list all your home’s assets. What sets this horse farm apart from all the others is that it is haunted! Because I am telling the truth, I will be more than willing to take a Lie Detector Test at your expense, not mine. This is the real deal. In August, a team of paranormal investigators are scheduled to conduct an investigation.

Yes, I have seen ghosts on more than one occasion on my farm but I think the word ‘ghost’ is a derogatory term. The politically correct name for the formally alive and recently dead is ‘Spirit’! The first time I saw a spirit or ghost I was a bit shaken. Over time, I have gotten used to and enjoyed their frequent visitations! I wish the ghosts would give me the lottery numbers, but so far they haven’t!

Wait, the word "Ghost" is politically incorrect? Ooooookay then, that's certainly a new one on me. (Oddly, she herself uses the G-word on her own Google profile and on her website, both of which feature the prominent statement "It is my desire to find a literary agent and a publisher".) 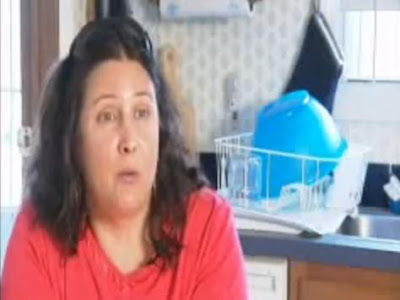 The eBay auction doesn't give much info about the farm's location, other than that it's in Salvisa - "18 minutes West of Lexington", she says. (Actually, it's more like 30.)

See more images of the farm on Lura's photobucket account.
Posted by JSH at 12:21 AM

In this tough housing market you have to list all your homes'assets ! After all this is America and there is nothing more American than a fram in the country even if it has ghosts!
Lura Ketchledge