"Metamorphosis of a Criminal" 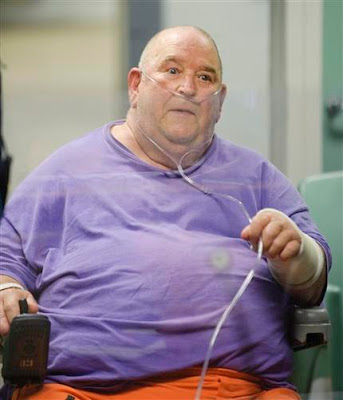 We reported recently on how the long arm of the law caught up with accused killer Edward W. Edwards from Louisville, and there's been some speculation about whether Edwards may have committed other crimes. Well, wonder no more.

It's now been revealed that Ed was on the FBI's Ten Most Wanted Fugitives List in 1961, that he may have robbed more than one bank, and that he wrote a book about his life of crime in 1972 called Metamorphosis of a Criminal. Unfortunately, booksellers have quickly become hip to this, and have jacked up their asking prices for used copies.

Stranger still, it's come out that he even recorded a spoken-word religious album called Build a Fire in the Person and Not Under Them at some point. Somebody, somewhere, please find me a copy of this record. I will pay you real money. Srsly.

On that album's liner notes, he reportedly admits he was arrested by Portland, Oregon police in 1960 for double murder, and that he escaped from prison the very next day. He doesn't go on to say what happened next.

Even more bizarre, apparently Edwards was a contestant on the game show To Tell The Truth at some point in his life, but we don't know when.

Something tells me the nuttiness factor is just going to keep growing exponentially with this guy as we learn more about his past life of crime. Developing........
Posted by JSH at 9:37 PM

Jumping Jehosaphat! To not only perpetrate these crimes, but make money from telling all about it--and to still remain undetected for so long--just about takes the proverbial cake.

From the looks of him, at least some of his own instant karma has caught up. I am reminded of Darth Vader, sans helmet.

to think the many times i was in a room with him.... i thought he was a bit bizzare but never had i imagined that he was a serial killer... he def did odd things tho!

I have a copy of the TV show, his record and book. I'm pretty sure that there is only two copies of the record left in existence.