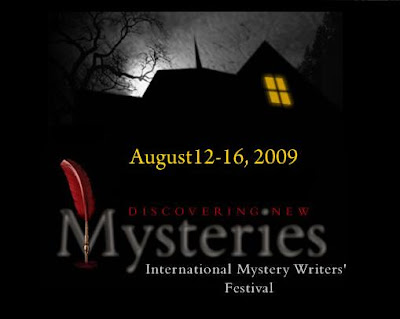 Every year, the International Mystery Writers Festival is held in, of all places, Owensboro, KY. This year's festival runs from August 12th to the 16th. Their website says:

Discovering New Mysteries celebrates the best of new mystery works through an annual competition offering more than $20,000 in prize money. Audience members cast ballots during the festival and select the winners for The Angie Award categories. "The Angies" are named for the legendary Angela Lansbury, Kentucky's First Lady of Mystery 2007.

Among the luminaries who will be in attendance: