Attack of the Killer Waynes 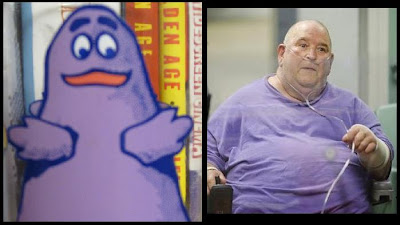 That man! Accused murderer and noted Grimace impersonator Edward Wayne Edwards made it to the News of the Weird this week. Someone with Aspergerian attention for detail noticed that apparently "Wayne" tends to be a classic middle name for murderers:

Immediately John Wayne Gacy comes to mind, as well as (dis-)honorable mention to Wayne Williams. One could go quite mad pondering Wayneness.
Posted by JSH at 12:03 AM