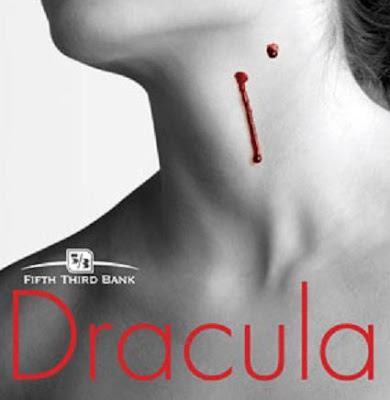 There comes a time when a long-running theatre production in any given city must recognize when it has run its course. Even Cats finally packed it in after 18 years on Broadway.

I submit that the Actors Theatre of Louisville's traditional Halloween production of Dracula is just such a candidate for discontinuation. It's truly become overfamiliar and played out. I've seen it at ATL three times myself, and doubt I'll ever feel a need for a fourth. It's been done to death, folks; do something else now. 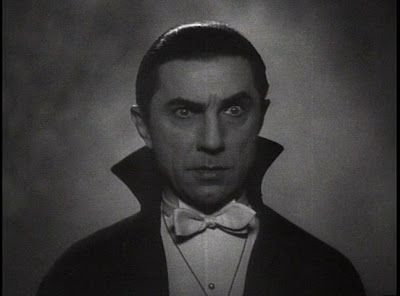 There's so many other, better options for Halloween entertainment out there, and in the latest installment of my weekly Suspension of Disbelief arts column for theatrelouisville.org, I enumerate some humble suggestions of my own. Click here to read them.

Thoughts and additional input, anyone?
Posted by JSH at 12:04 AM

I would like to see a play based on Sawney Bean or Christi Cleeke or an adaptation of SpiderBaby or House of 1000 Corpses. A play about what my ancestor did with Pearl Buchanan's head in Wilder, Ky, might also be good.

Just a few notes on your many splendid suggestions:

I am not certain if Mary Shelley's Frankenstein has had a true adaptation on the stage. I think it salient that Shelley's Creature not only learns to read, becoming highly articulate, but confronts his creator, Victor, with elegantly-stated existential angst. A movie production, with superlative cast, was made back in 1994 (http://www.imdb.com/title/tt0109836/)

As far as great werewolf stories go, Whitley Streiber's Wolfen did not seem to adapt well from novel to film. Perhaps it would do better staged.

If I thought it would do any good, I'd throw a copy of Stephen King's (non-fiction) Danse Macabre in the direction of those who are running Dracula and the like to (literal) death. Humans becoming inured to horror through repetition can be a very bad idea for the collective consciousness . . .