One from our Creeps Records mp3 blog: 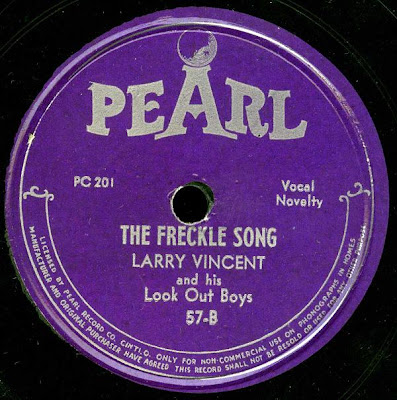 Born in California, Larry Vincent (no relation to the horror host) moved around the country plying his musicianly trade for many years in many places, including Chicago's Alamo Cafe in 1926, before settling down in Covington, KY in the late 30s, early 40s.

Larry arrived in Northern Kentucky at the peak of its decadent period, when the area was ruled by mobsters, strippers, prostitutes, card sharks, burlesque halls, and other such glorious sleaze. He took up a residency performing at Jimmy Brink's Lookout House, a supper club that was actually a front for an illegal casino. This became Larry's second home for years to come. 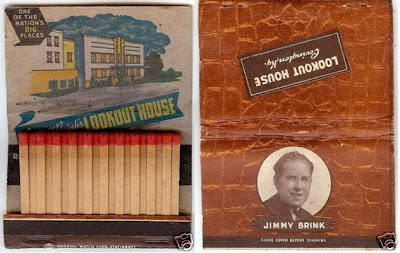 He formed Pearl Records, an odd label whose artist roster consisted almost entirely of Larry himself performing under many pseudonyms. This particular recording, "The Freckle Song", is one of his tamer outings, an almost Benny Bell-like novelty song based around rhymes that you think you will go one way but then go another, and the fact that its chorus "She's got freckles on her, but she's nice" sounds rather uncannily like "She's got freckles on her butt, she's nice."

People were easily amused in those days. Other puerile Larry Vincent gems include "I Took My Organ To The Party", "Sarah Sittin' In A Shoe Shine Shop", and "I Grow Gooey over Chop Suey".

Near the end of his life, Larry told radio host Dr. Demento:

At a time when sale or possession of records with the f-word and other indiscretions could get you arrested, I made records that were just risque enough to be slightly scandalous to Middle Americans, yet discreet enough to be acceptable to at least some mainstream record stores.

I did have some regional success as a pop crooner in the 1920s. In the late 1930s I collaborated with several established Tin Pan Alley songwriters. With Henry Tobias and Moe Jaffe I turned out one song that eventually became a semi-standard, "If I Had My Life To Live Over."