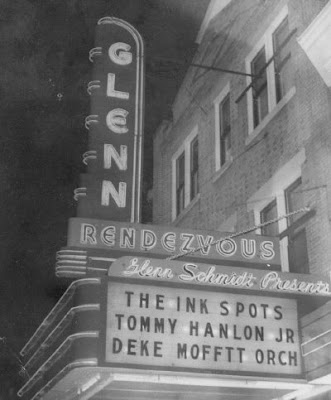 It may seem hard to believe now, but it wasn't all that long ago that Kentucky was one of the nation's top places to go for illicit nightlife, probably second only to Atlantic City at one point.

Between the 1920s and the 1950s, people didn't automatically think of Las Vegas when they thought of casinos and strippers, they thought of Newport, KY and its surrounding areas. Frank Sinatra and the Rat Pack came to Kentucky to have fun, and most top entertainers of the day made Newport part of their touring circuit. Gangsters maintained near-total control of the city in a surreal Miller's Crossing-style milieu, with police and politicians looking the other way even to the point of total absurdity.

How absurd? Well, in 1951 the Kefauver Organized Crime committee asked Newport police chief George Gugel about it, and he swore on the stand that he had no idea that any gambling was going on in the city. This despite the fact that Newport was as world-famous for its gambling scene at that time as Las Vegas is today. From the Saturday Evening Post, March 26, 1960:

Rudelph Halley, chief counsel of the committee, asked the police chief if he wasn’t familiar with the fact that any local cab driver could take a customer to a gambling emporium in a matter of minutes. Gugel said humbly that never in his life had he ridden in a taxi.

After several equally unrewarding exchanges, Halley asked with some awe, "Would you be surprised to know there is gambling going on?"

"For me, yes, because I’ve never been in there," Gugel said virtuously. "All I know is what somebody told me."

A curious incident which took place a few years later revealed that during the interval Chief Gugel had become at least partially acquainted with the seamier side of his city. Some background information will be helpful in understanding what follows. It seems that for years the police force and the detective bureau had operated more or less independently and coordination of activities was often lacking.

In any case, detective Jack Thiem, for reasons still unknown, decided to raid Glenn Schmidt’s Playtorium, one of Newport’s better-known gambling spots. To witness and record the projected triumph of virtue over vice, Thiem invited a photograper from the Louisville Courier-Journal to accompany him—there is no local newspaper.

When Thiem and his companion burst into the casino, the officer was astonished and embarrassed to find Chief Gugel and three detectives from Thiem’s own office among those present. The photographer, of course, snapped a picture of the encounter, but it never saw publication. Gugel immediately placed the cameraman under arrest and destroyed the film.

And in 1958, The Louisville Times published a series of investigative reports on the rampant gambling, sleaze, sex and corruption going on in Newport. When Christian Seifried's Social Action Committee (a Christian faith-based "Clean up sin in Newport" campaign) presented these newspaper stories as evidence to Governor A.B. "Happy" Chandler, he dismissed them with, "We have no information of the truth or falsity of his [the reporter’s] statements — officially or otherwise".

The haunted roadhouse Bobby Mackey's Music World, already infamous because of its alleged connection to the Pearl Bryan murder, was also a part of this scene. The building, located in Wilder, was Buck Brady's Primrose Club in the 1940s and then the Cleveland mob-run Latin Quarter Club in the 1950s.

Meanwhile, Las Vegas was growing steadily and all the mob action was gradually moving out there (the mob's influence in Vegas had been already ongoing since 1931). This, combined with the increasing pressures on Newport to shed its "Sin City" reputation, led to a decline in its fortunes. By the 1970s the glory days were over and all that remained were a few dingy, dirty strip clubs. In the 1980s Newport began reinventing itself as a new, shiny, clean "family-friendly" city, and today it's a great place to visit, especially since the $40-million Newport Aquarium opened there in 1999.

I still miss the good old bad old days though.

(You can also see some old postcards from those good old bad old days on our Voraxica blog.)
Posted by JSH at 2:09 PM

I never knew about this aspect of Newport... I smell a road trip comin'!

I wish we could go back to those days.