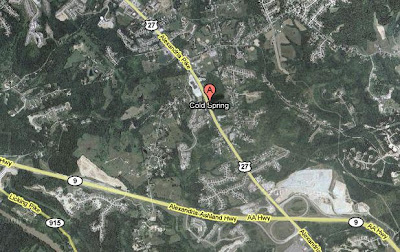 This past Saturday, someone called 911 to report a fire blazing underneath a bridge in Cold Spring, KY. When local firefighters arrived, they discovered some had dumped a dead body there and set it on fire.

Keith Hill, police chief of Campbell County, told The Kentucky Enquirer that they don't believe the man had been dead for very long before the incident occurred.

By way of fingerprints and tattoos, the man was identified as Shawn Allen Davis of Covington. Davis was 28 years old, a father of three, and no one seems to have a clue why anyone would have done this to him.
Posted by JSH at 12:04 AM