Arrests made in burned-body killing 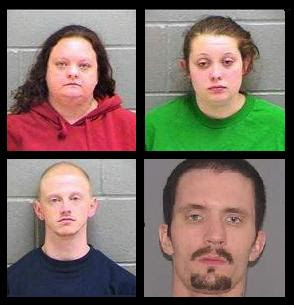 Following up on our earlier post about a burning body found under a bridge in Cold Spring, KY, the Cincinnati Enquirer is reporting that four people have so far been arrested in connection with the case.

When Parker is brought back to Kentucky he will be charged with robbery, unlawful imprisonment and tampering with physical evidence.

Shawn Davis, 28, was found dead under the bridge on Dodsworth Lane in Cold Spring after firefighters responded to a report of a fire.

Three other people were arrested in the death.

Cooke and Hartbarger also are charged with tampering with physical evidence. Cooke faces an additional charge of first-degree unlawful imprisonment.

All three are being held without bail in the Kenton County jail.

Covington police Lt. Col. Spike Jones said Thursday that the tampering with physical evidence charges stem from the burning of the body.

The funeral for Mr. Davis is scheduled for 1 p.m. Monday at Don Catchen and Son Funeral Home, 313 W 19th Street, Covington, KY. He will be buried at Mother of God Cemetery in Fort Wright, KY.
Posted by JSH at 4:18 PM