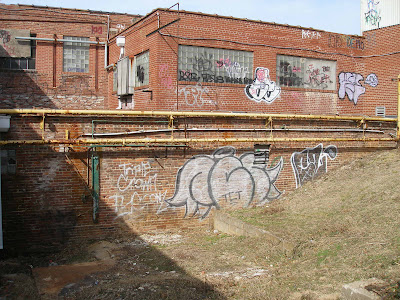 The backside of the Mellwood Art Center is particularly encrusted with interesting graffiti; that is, if you find graffiti interesting (I do.) 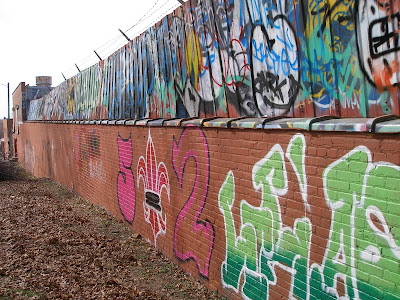 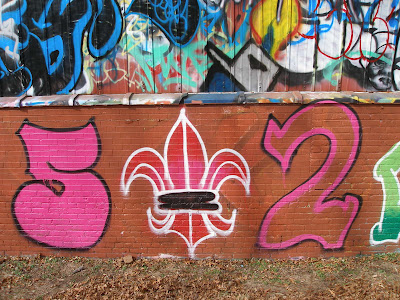 Apparently, according to what I've heard, at one time the Mellwood had some sort of program that allowed serious graffiti artists to come out and paint murals on a specially-designated part of the rear of the building. That didn't work out so well, because people just couldn't stay restricted to the designated area. Plus, apparently it made the building a magnet for every dumb kid in the county to deface the serious mural pieces with their toy tags. 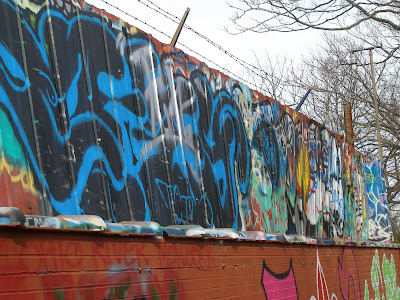 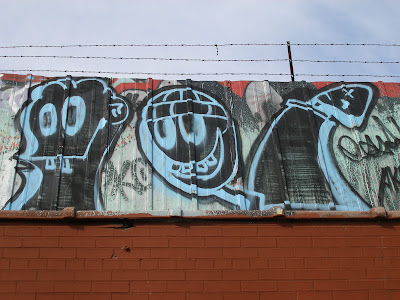 People who try to be "seriously artistic" about the graffiti game are pretty much fighting a losing battle, something akin to keeping a sand castle intact on a stormy beach. Graffiti is not an art gallery where you can hang a picture and expect everyone to come pay their respects to it - graffiti is more akin to an internet message board where anyone can come and chime in, and it's a given that a good percentage of them will be obnoxious morons. That's Earth for you. 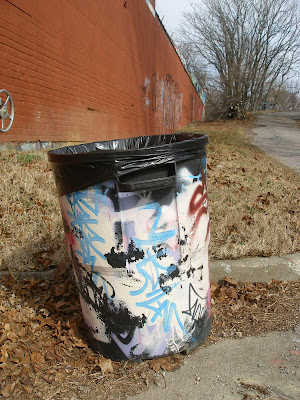 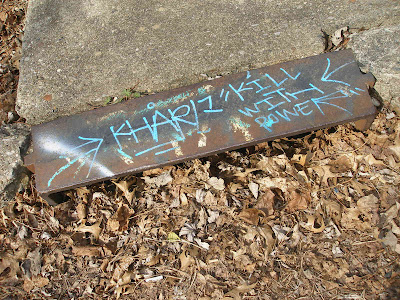 Meanwhile, the graffiti remains, for better or for worse.
Posted by JSH at 1:46 PM