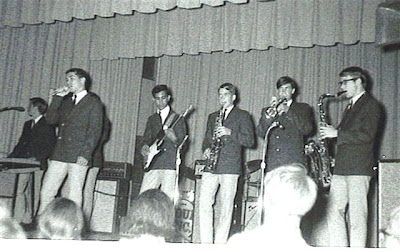 Talk about falling into an Orwellian memory hole - at one time a Louisville band called Soul,Inc. was one of the hottest acts in the music industry, and yet today they are all but unknown. One rarely even hears their biggest hit on oldies stations today: the powerful "I Belong to Nobody", which recalls the sombre power of Sean Bonniwell's Music Machine.

They only released a handful of singles in their short mid-1960s lifespan, and though they've been reissued now on CD, we at the Kentucky Talent Foundation are seeking any original copies of their records we can find. contact us if you have any for sale or trade.

They were apparently the first band to record the 1960s song called "Stronger than Dirt", which has appeared in many versions and mutations along the way, including The Daybreakers, Us Four, and later, the Mummies. It even subliminally seeps into the ending of The Doors' "Touch Me". Derived from the popular Ajax detergent commercial catchphrase (created by writer and sunken-ship hunter Clive Cussler), "Stronger than Dirt" seemed to strike a mysteriously virulent chord in garage bands nationwide. And Soul, Inc. were at the forefront of the meme.

Endlessly inventive, they were one of the first bands to use backwards guitar tracks. To create an Eastern sound on "60 Miles High", they made a makeshift sitar out of a banjo by tuning it to an exotic scale and letting one string be the "drone" note. In another song, they blew a trumpet into a bucket of water to create a psychedelic gurgling sound.

You can hear sound clips of Soul, Inc. at their official website.
Posted by JSH at 11:15 PM