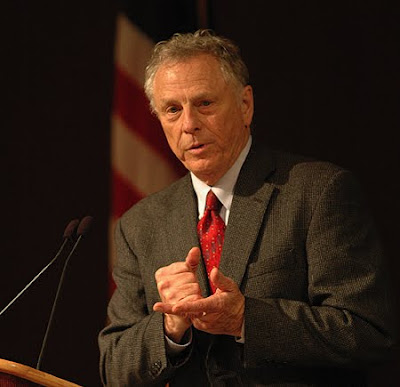 Received via email from the American Civil Liberties Union of Kentucky:

Despite regular death threats and a thwarted plot to end his life (originating in Kentucky), 2009’s Bill of Rights Dinner featured guest, Morris Dees, has fought for civil rights for the unheard for over thirty years.

Mr. Dees is the Co-founder and Chief Trial Counsel of the Southern Poverty Law Center, an organization that throughout its history has worked to make the nation's Constitutional ideals a reality.

The SPLC legal department fights all forms of discrimination and works to protect society's most vulnerable members, handling innovative cases that few lawyers are willing to take. Over three decades, it has achieved significant legal victories, including landmark Supreme Court decisions and crushing jury verdicts against hate groups.

Please join us on Thursday, October 1st at the Hyatt Regency Louisville, as this civil rights hero comes to share his thoughts on hate groups in Kentucky and across the nation. Buy your tickets today!

In his autobiography, Dees described a dark "night of soul searching at a snowed-in Cincinnati airport" in 1967, after which he vowed to devote the rest of his career to fighting injustice, bigotry and hate. He sold his book publishing business and with the revenue generated by that, he opened the Southern Poverty Law Center in Alabama in 1971.

Since then, Dees has successfully sued the Ku Klux Klan, Tom Metzger's White Aryan Resistance, The Aryan Nations, and The Imperial Klans of America, among others.

According to Wikipedia, "Over 30 people have been jailed in connection with plots to kill Dees or blow up the center. Most recently a July 29, 2007 letter allegedly came from Hal Turner, a white supremacist talk show host, after the SPLC filed a lawsuit against the Imperial Klans of America (IKA) in Meade County [Kentucky]. During the IKA trial a former member of the IKA said that the Klan head told him to kill Dees."
Posted by JSH at 12:06 AM