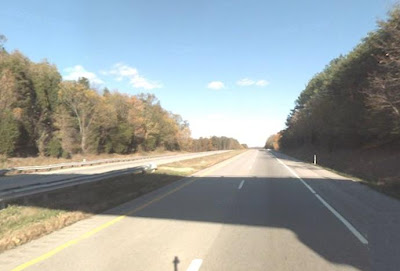 According to an article in the Evansville Courier & Press, some vandals recently desecrated the Hopewell Community Cemetery near Echols, KY.

This doesn't sound like your usual garden-variety idiot-teen vandalism, though: they used a backhoe. The article states:

Caretakers believe the heavy equipment was used to dig into the grave of James Franklin Welborn and perhaps a couple of other graves, Benton said. The backhoe driver apparently became mired in the mud and damaged or disturbed eight to 10 other graves and knocked over tombstones, the sheriff said.

"It appears they might have been looking for some type of artifacts," he said.

After the dirt was moved, heavy rains filled the holes with water. No one knows for sure exactly what is missing from the graves or how deep the holes are, said Benton and his wife Ruth. They aren't sure what would normally be left in a 50-year-old grave.

Welborn, who occupied the disturbed grave, was a World War I veteran who died in 1958at a Dayton, Ohio, veterans hospital, Benton said.

"It's a puzzle to everybody." No one has a clue what someone might be seeking in the graves, he said.

In the immortal words of Fox Mulder, "I think this might be an X-File".
Posted by JSH at 1:00 AM

I'm guessing this cemetery is basically in the middle of nowhere...I mean..Echols? Still someone should have seen something. It takes a little time and effort to get a backhoe setup and then dig out a nice chunk of football field. Nobody was aware of this until after the fact? How do they know gophers aren't responsible?

I have what I call the "box of crap" underneath my bed that holds a variety of things that I believe will be collectible some day.

I'd definitely have put this head in there and left it until after my death, especially if I found it in a cometary. I mean, can you imagine, my children opening up a box and finding a skull amongst my possession. That would be hilarious.

aww I commented on the wrong story. Ah well. Apply it to the head found.