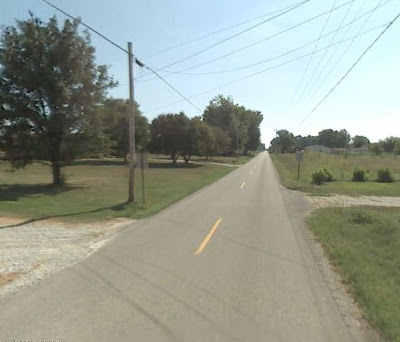 In 1999, there was a report of a pair of Bigfoots (Bigfeet?) being seen in a field of beans close to Highway 60 in Baskett, KY. According to researcher Bart Nunnelly, "Both were brownish-gray in color and were positioned with their backs towards witness. One BF was squatting down,apparently doing something to the ground which was obscured by beans."

This incident illustrates well the "hidden in plain sight" axiom which applies to all paranormal phenomena: the person who reported the creatures noted that traffic was heavy that day, with lots of cars in front of him and behind him, and yet no one else bothered reporting the incident that day.
Posted by JSH at 1:03 AM

i've heard stories about strange things around Baskett, but it has been a while since i've heard anything.