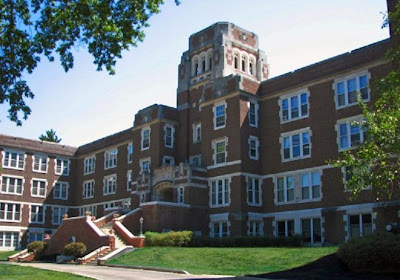 St. Anne Convent, located in Melbourne, KY, is affiliated with the Catholic organization Congregation of Divine Providence and is described on their website as a "spiritual gathering place for liturgies, retreats and celebrations" for over 600 sisters. Their website also says they were founded in 1889 "by a group of pioneering French women in Newport, Kentucky, along the Ohio River". 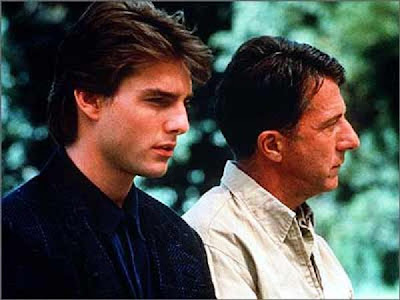 But most people on Earth's frame of reference for St. Anne's, whether they even know it or not, would be its appearance in the classic film Rain Man, starring Dustin Hoffman and Kentuckian Tom Cruise. St. Anne Convent was used by the filmmakers as the location of "Wallbrook", the fictitious mental institution where Hoffman's autistic character resides.
Posted by JSH at 8:16 AM

Might be a nice place to film a home-grown sequel to Images in a Convent.