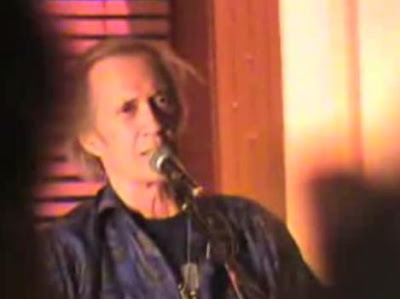 One of the all-time greats of Hollywood, David Carradine, best known for his roles in the Kung Fu TV series and the Kill Bill films, recently left this world on an odd note.

On June 4, 2009, he was found dead in a hotel room in Bangkok, Thailand. A police official said Carradine was found hanging by a rope in the room's closet with his hands tied together and a shoelace tied around his genitals. According to ABC News, crime scene photos show the actor was wearing what appear to be fishnets and a wig at the time of death, and of course the media/internet merchants of negativity are having a ball with that bit of gossip.

Authorities are still trying to determine whether or not foul play may have been involved. (Considering that his wrists were tied together, seems like a no-brainer to me.)

Artifact Attic has recently unearthed footage of David Carradine performing with his band at the Midwest Entertainment Industry Conference in Lexington, KY, 2003. Click here to see it.
Posted by JSH at 6:56 AM