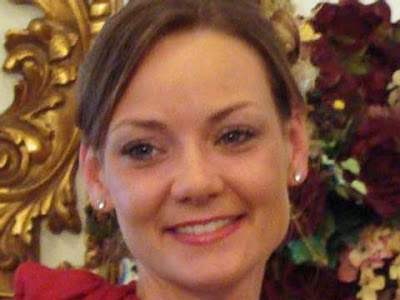 Yesterday in Stanton, the funeral was held for Nicole Penix-Vanzant, who had made national news headlines when she disappeared in January.

According to news reports, her boyfriend said she got out of his car after an argument, after which she was never seen again. Although many news reports say he dropped her off at "Frenchburg General Store", which is described as being located "on a remote stretch of road in Menifee County", it's actually Dollar General Store on Frenchburg's Main Street. The authorities searched for her but found nothing, until late April when her jawbone and other body parts were inadvertently discovered by a hiker in the Red River Gorge.

The case still remains unsolved.
Posted by JSH at 8:33 AM

Such a pretty girl... She had a little boy, too. So sad that he will be without his mother.

I find it very suspicious that the boyfriend only dropped her off and didn't say a thing about going to pick her up. It doesn't make any sense.

I don't think it would take a psychic to suggest that since he was reported as the last person to see her alive, then her ex-boyfriend should be a person of interest. And, I find it odd that he hasn't been.

Maybe, he's related to the political machinery that runs Meniffee County, then they would have a hard time making anything stick against him like in any of these other small Ky. counties where much is run by the local political machinery.

She was an attractive young woman.