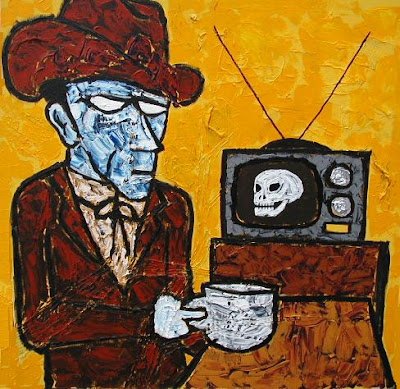 Broadcast television will cease to exist today in the Commonwealth of Kentucky, and everyplace else in these here United States.

But even after years of public service announcements, even after millions of taxpayer dollars spent on discount coupons to help people buy digital converter boxes, and even after President Obama extending the deadline to make sure that everyone's on the same page, there are still thousands of Kentuckians who are not ready for the jump. Many people still don't even know about this analog-to-digital bait-and-switch.

And they're the lucky ones.

Digital waves are what computers and other electronic devices use to transmit information, but analog waves are how our ears hear. The usage of certain digital waves can have the unnatural effect of reaching the brain without being detected by the ear. There's been a growing murmur on the internet "tinfoil hat" conspiracy circuit about the possibilities of digital audio and video as having the potential to be the ultimate brainwashing medium.

And I do believe they just might be right. Dr. Christine Aschermann warns of "significant negative health consequences" of increased RF radiation associated with digital broadcasting. Among the side effects she reports: "constant headaches, pressure in the head, drowsiness, sleep problems, inability to think clearly, forgetfulness, nervous tensions, irritability, tightness in the chest, rapid heartbeat, shortness of breath, depressive mood, total apathy, loss of empathy", and more.

According to a paper you can read on Scribd, a Pentagon psychotronics project called SSSS (Silent Sound Spread Spectrum) has already been in place for many years, only waiting for its moment to arise, with the advent of a Government-enforced all-digital world. That time would seem to be right about now.

Researcher Judy Wall makes some wild claims: "There is evidence that the US Government has plans to extend the range of this technology to envelop all peoples, all countries. This can be accomplished, is being accomplished, by utilising the nearly completed HAARP Project for overseas areas and the GWEN network now in place in the US." NEXUS Magazine also carried a great article about Silent Sound in 1998, available here. 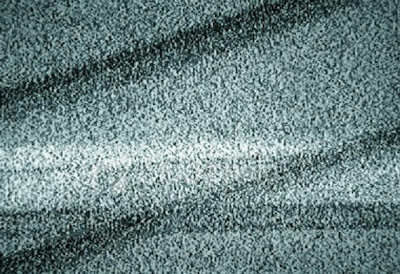 But even if it's all true (and it probably is), It doesn't take suspicion of an NSA mind-control conspiracy to get me to shun TV, I can do that just fine by myself.

"Reality" shows like Southern Belles Louisville and America's Next Top Model will turn your mind to mush and lower your IQ by several points just by watching such crap - no techno-brainwashing necessary. So-called "news channels" that consist of little more than the barking of insults and namecalling (yes, I mean both MSNBC and FOX when I say that) will reduce your empathy and heighten your apathy just fine, without any need for billion-dollar DARPA Pentagon gizmos. And with the barrage of loud obnoxious advertisements like that Shamwow guy, most cable television is, for me, nearly unwatchable.

My best advice is to get away from your TV sets and go outside. (Of course, my other best advice would be to also get off the internet. I never denied being a hypocrite.)
Posted by JSH at 9:46 AM

Wow! I've been getting digital broadcasts for a long time now apparently...I almost think she's talking about me specifically. LOL!