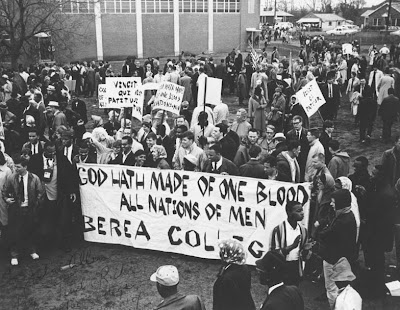 It never fails to weird me out just how different a world this was, not so long ago. The story of Berea College v. Kentucky is a reality-check we all need occasionally.

In July 1904, the state of Kentucky passed the mind-bogglingly unconstitutional "Day Law", which prohibited any person, any group of people, or any corporation from teaching black and white students in the same school. Further, it forbade a school running "separate but equal" black and white branches within 25 miles of each other.

The law was specifically cooked up to put a stop to Madison County's Berea College, which was the only racially integrated school in Kentucky. Berea College fought back hard, and took their case to the Kentucky Court of Appeals. They lost. The Court asserted that "the purity of racial blood" was "deeper and more important than the matter of choice".

Then Berea appealed it further, to the U.S. Supreme Court. And that's the really weird part... they lost.

The vast majority of the Supreme Court ruled against Berea College, with only John Marshall Harlan and William R. Day dissenting.

Thanks to this ruling, the door became wide open for all states to forbid integrated schooling in all public and even private institutions. It wasn't until 1950 that Kentucky amended the Day Law to allow integration. 19-freakin'-fifty. Unbelievable. And in 1954, Brown v. Board of Education put an end to Government-enforced racial segregation - at least officially, since many refused to accept it for years to come.

And that's precisely when the whole country turned upside down. 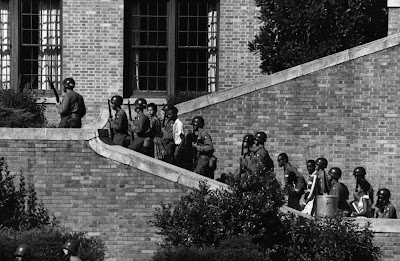 In 1963, Alabama Governor George Wallace stated in his inaugural address, "Segregation now, segregation tomorrow, segregation forever!" to great applause. He then personally went to the University of Alabama and stopped two black students from enrolling. (Wallace considered Happy Chandler, Governor of Kentucky, as his running mate in his 1968 Presidential campaign, but dropped him when it was realized Chandler had been an ardent supporter of Jackie Robinson.)

Subsequently, civil rights crusaders Martin Luther King Jr., Malcolm X, John F. Kennedy, and Bobby Kennedy were all shot and killed. Wallace himself was also shot in 1972, though he survived confined to a wheelchair until 1998. 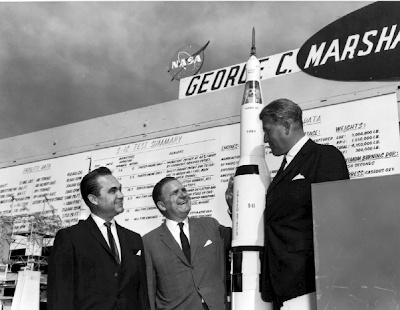 Crazy to think that was only 20 years before I was born... Seems like it should have been the Stone Age when that was going on. How on earth could people have been so stupid! I'm gonna go hug my black stepdaddy now :)